Father Augustine Vattoli speaks at the site of a protest on Jan. 30, 2020, asking the Kerala state government to reinvestigate the rape and murder of two Dalit girls. (Photo supplied)

The High Court in southern India's Kerala state has set aside a trial court's acquittal of four men accused of the rape and murder of two minor girls three years ago and ordered a retrial.

The court on Jan. 6 also directed the special court functioning under the Protection of Children from Sexual Offences (POCSO) law to oversee a reinvestigation of the case.

“We are now hopeful that the girls and their family will get justice,” said Father Augustine Vattoli, a priest of Ernakulam-Angamaly Archdiocese who has been leading a campaign demanding justice.

A police probe concluded that the girls were raped and murdered, and four suspects were arrested. However, the special court on Oct. 25, 2019, acquitted all of them for want of evidence.

The acquittal, allegedly connected to the ruling Communist Party in the state, led to statewide protests and criticism. Activists, including Catholic priests and nuns and Dalit groups, have been campaigning for the retrial of the accused.

“The High Court order is a reflection of our sustained public protest even during the difficult Covid-19 outbreak,” Father Vattoli told UCA News on Jan. 7.

He said they held an 18-day walk across Kerala and 62 days of protest in front of the state secretariat to attract public attention to the case.

They intensified protests after the government did not act on the complaints filed by the mother of the two girls seeking a reinvestigation and retrial, the priest added.

Protesters say the state police sabotaged the investigation and deliberately did not present evidence before the court to help the acquittal of the accused. 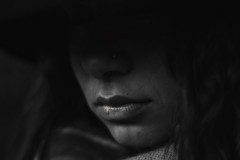 Claim that clergy knew of girl's death, abuse is 'extortion' “We are not going to end our protest because of the High Court order. It will continue until the police officials who subrogated the case are booked and jailed,” Father Vattoli said.

The priest said police did not gather the evidence to pin down the culprits but “instead worked hand in glove with them to save them.”

He said the acquittal of the accused “in such a horrible crime had brought shame to a civilized society and its people.”