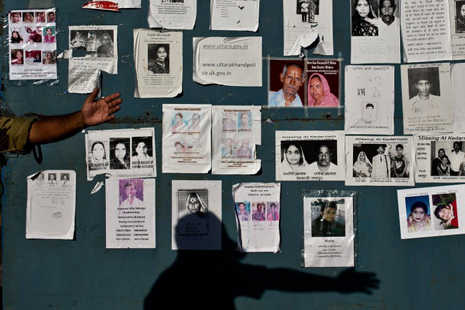 With all hope lost of finding the nearly 6,000 people who have been missing since heavy flooding hit northern India last month, the Uttarakhand state government is to pronounce them “presumed dead”.

“The government has no option but to declare them dead if they are not found,” Surinder Singh Negi, state health minister, told ucanews.com. He said the government will make an announcement by the end of this month.

First, he said, the state must complete task of tallying its list of missing people with that of the other states. Some relatives of the missing ones have filed reports with police in their respective states, while others had filed with the Uttarakhand police.

The floods on June 16 devastated the Hindu pilgrimage site of Kedarnath, destroying nearly all buildings except an ancient temple, and other parts of the state.

Hundreds of thousands of people from across the country were on a pilgrimage to the sites of Kedarnath, Badrinath, Rishikesh and Haridwar when the tragedy stuck.

Authorities say the true number of dead may never be known, but will assume the figure to be 5,748 so that it can begin compensating the families.

Search operations are continuing in high altitude areas, Negi said. Compensation of 500,000 rupees (US $8,330) will be provided for each victim of the flooding.