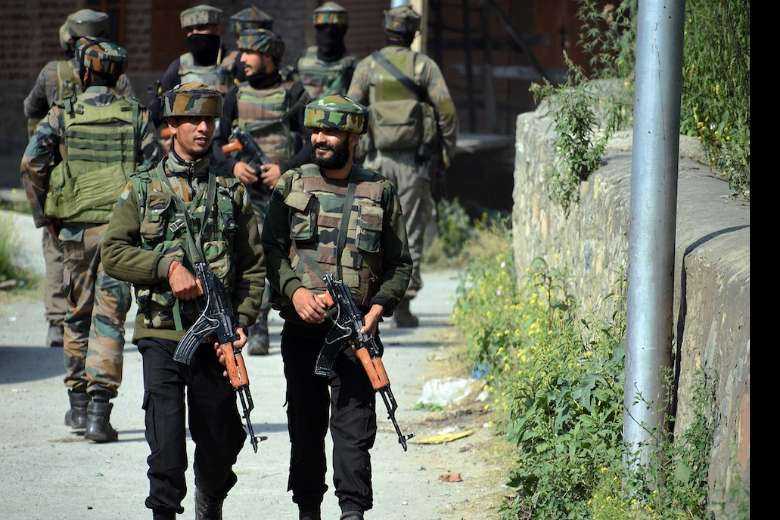 Indian soldiers patrol the Khrew area of Pampore in southern Kashmir on Aug. 20. In May, 83 women were inducted as junior soldiers for the first time in the Indian army. (Photo: AFP)

At a time when women’s rights are being debated across Asia, India’s government has pledged to admit women to the National Defence Academy (NDA) for permanent commissions in the armed forces.

The decision “will be path-breaking and generational reform,” Additional Solicitor General Aishwarya Bhati told a hearing of the Supreme Court on Sept. 8.

In an interim order in August, the court said women could sit the NDA admission exam.

The armed forces recruit women officers through the short service commission, which means for a limited period of 10 years, from university graduates or postgraduates after written tests and interviews. There is no provision to admit women to the NDA to be trained as officers.

“We are extremely glad to know that the armed forces themselves took the decision to induct women into the NDA," the court said, adding it also understands that reforms like this cannot happen in a day.

"The government will place a timeline for the process," the court ruled during the hearing of a petition that earlier sought orders to allow women to sit this year's NDA entrance exam.

Women in India, hailed as the world's largest democracy, face discrimination in more ways than one. This development marks the breaking of another gender barrier.

In May, 83 women were inducted as jawans (junior soldiers) for the first time in the Indian army.

The two-member bench of the apex court comprising Justice Kaul and Justice M.M. Sundresh said: "We know that the armed forces play an important role, but they need to do more for gender equality in the forces. We want them to take a proactive approach themselves in ensuring gender equality rather than waiting for the courts to intervene."

The NDA exam slated for June 24 has now been deferred to Nov. 14.

During its hearing on Aug. 18, the Supreme Court criticized the “mindset problem” over equal service opportunities for men and women in the armed forces. “You better change," the court told the government.