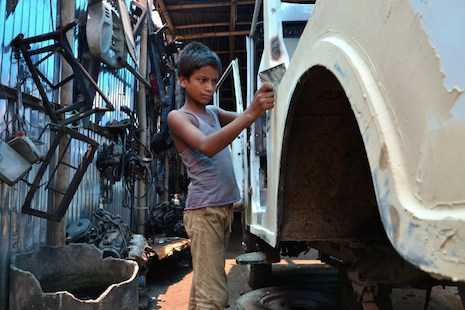 By Jalees Andrabi for AFP, Delhi

Indian police have rescued hundreds of child slaves as young as six during days of raids on workshops in the central city of Hyderabad, a senior officer said Friday.

Police discovered 120 children — some of them sick, underweight and traumatized — during raids on workshops that make bangles and other goods late on Thursday, as part of a citywide crackdown on child slavery.

"They have chronic skin diseases and were underfed. They are in trauma and visibly shaken," said V Satyanarayana, deputy police commissioner for south Hyderabad.

The children complained of being forced to work 16 hours a day without breaks, and were threatened with violence and no food if they disobeyed orders, the officer said.

Many were transported from the impoverished northern state of Bihar last year after their parents sold them to traffickers for 5,000-10,000 rupees (US$80-$160), according to rescuers.

"They were kept in dingy rooms with no ventilation and exposure to harmful gases," said Satyanarayana.

"The campaign against bonded labor and trafficking will continue."

Police began a massive clampdown last week against dozens of workshops tucked away in the city's narrow alleys, after tip-offs from child rights activists and police informers.

Thirty-one traffickers and agents have been arrested and charged with child slavery and police are making efforts to reunite children with their families, the commissioner added.

TV footage taken after the raids showed cramped and dirty workshops with no windows and discarded clothes. Children were seen huddled in a room, looking bewildered and being watched over by police officers.

Eleven children are reported missing in India every hour and almost 40 percent remain untraceable. Many are trapped by gangs and forced into prostitution, child labor and slavery, according to police and activists.

Activists, who have criticized police for turning a blind eye to child trafficking, welcomed the police crackdown but cautioned the youngsters could become easy prey for criminals if they are not cared for.

"This is an excellent initiative", said Bhuvan Ribhu, an activist and lawyer with Bachpan Bachao Andolan (Save Childhood Movement).

"The rescue of child slaves is the beginning. We have to ensure they get rehabilitated and compensated for the work. Also, the offenders are penalized for the crime," he said.

India's mega cities such as Delhi, Kolkata and Mumbai are a particular targets for gangs, which entice poor parents from rural areas with the promise of jobs and monthly wages but then sell the children into bonded labor.

Most of them end up as construction or domestic workers. Others take up rag picking, agricultural work and in industries such as fireworks, tobacco, bangle making and carpet weaving.

Some four million Indian children work as domestic helpers, in roadside restaurants and in factories making clothes and other items, according to government figures released last year. Experts say the actual figures are much higher. 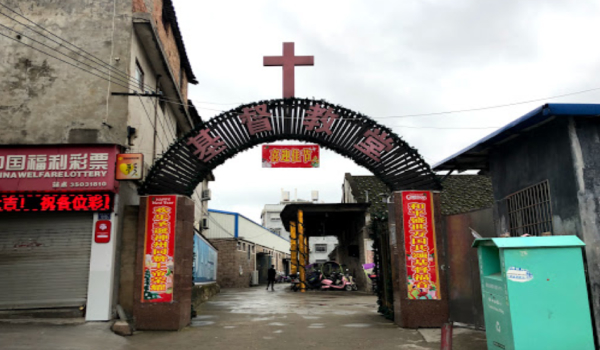