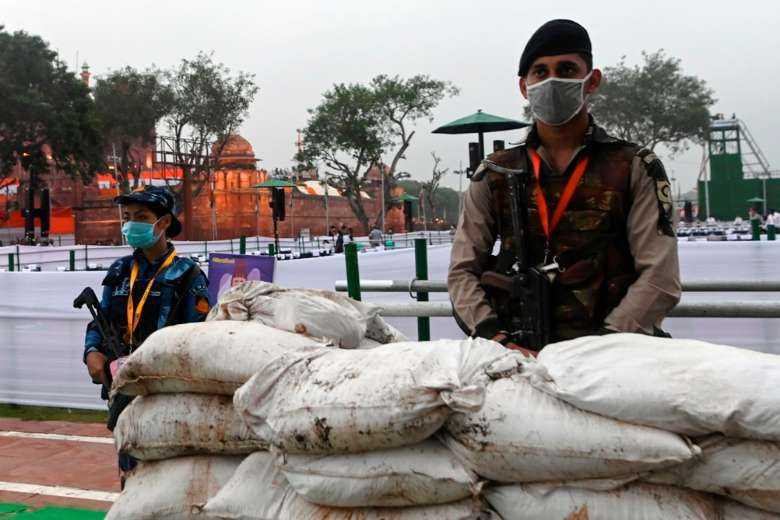 Philosopher Joseph de Maistre famously said, “Every nation gets the government it deserves.” Was Maistre close enough when it comes to India?

As India makes its foray into its 75th year of independence on Aug. 15, the nexus between crime and politics continues to pose a serious challenge to the country's democracy, hailed as the world’s largest.

The unsavory nexus between the two is a permanent slur and exists across political lines and regions of India.

“Criminalization of politics essentially means politicization of criminals and therefore is a serious matter that threatens the essence of our democracy,” says political analyst Ramakanto Shanyal.

The bigger worry is that this menace is often encouraged and exploited in democratic India.

The issue came into public focus, incidentally on the eve of Independence Day, when the Supreme Court imposed penalties on nine political parties for failing to disclose details of their candidates with criminal backgrounds.

The parties were supposed to give this declaration on their official websites as well as in newspapers and on social media during the Bihar State Assembly elections held in 2020.

Among those failing to comply with the apex court order were India’s ruling Bharatiya Janata Party (BJP), the principal opposition Congress, two communist and other provincial parties.

An angry Supreme Court said the nation continues to wait and is losing patience.

“Political parties refuse to wake up from deep slumber ... Cleansing the polluted stream of politics is obviously not one of the immediate pressing concerns of the legislative branch of government,” it said

Justices Rohinton F. Nariman and B.R. Gavai said the calls for amending laws to prohibit involvement of persons with criminal antecedents have “fallen on deaf ears.”

People expect both a person accused of a crime or convicted of a crime to be in prison. But there are legal loopholes that political parties cleverly exploit.

Indian law does not bar individuals accused of crime, with charges pending in court against them, from contesting elections, though they may be disqualified if convicted of the crime.

This legal lacuna is often misused by parties in ways Shanyal described as “sinister and vicious.”

“When a known ruffian is given a party ticket, it actually legitimizes crime and sometimes is even used to rehabilitate criminals,” he said.

Before he became the prime minister in 2014, the present incumbent Narendra Modi had promised to be firm with people with criminal antecedents.

Varanasi-based political observer Tushar Bhadra recalled Modi promising voters that he would not even spare leaders from his BJP. But nothing happened.

“A simple, corrective step like enacting a good law could have resolved the issue by now,” Bhadra said.

Instead, an increase in the number of criminals making it to legislative bodies at various levels is being reported.

A study by the Association for Democratic Reforms said as many as 29 percent of those elected to India’s Lok Sabha (house of the people) in 2019 have cases of serious crimes related to murder, rape or crime against women registered against them.

In fact, there had been a gradual increase in the number of elected Indian parliamentarians with criminal and serious criminal cases pending against them, from 30 percent in 2009 to 34 percent in 2014. It had reached an alarming 43 percent in 2019, the non-governmental organization said.

There is a general notion that the criminal-politician nexus is rampant in Hindi-speaking northern India, especially in states such as Bihar and Uttar Pradesh.

The shocking reality is that the most developed states of Gujarat and Maharashtra in western India top the list when it comes to parliamentarians with criminal and serious criminal offenses registered against them.

The moot point is that no party or province is above board when it comes to the criminalization of politics in India.

Some three decades back, in 1993, a panel led by the then federal home secretary N.N. Vohra had said that the existing criminal justice system, which was essentially designed to deal with individual crimes, was unable to deal with the activities of the mafia.

The Vohra panel was set up after fears over the political links of India’s most famous fugitive gangster Dawood Ibrahim, whose role was suspected in the serial bomb blasts that rocked Mumbai in March 1993.

In 2003, the Indian and US governments declared Dawood a "global terrorist."

After the terrorist attack on Mumbai in November 2008, targeting Indians and citizens of several other countries, the gangster’s name again cropped up with investigators suspecting him of having provided logistical support from his hideout.

But nothing was done to get Dawood Ibrahim, who is suspected to be still hiding in Pakistan.

It is said that money power acquired by criminal elements is often “used for building up contacts with bureaucrats and politicians and expansion of activities with impunity.”

It comes handy for politicians during elections.

Media and independent study reports in the nineties claimed that India’s top agencies such as the Central Bureau of Investigation and Intelligence Bureau confirmed the nexus between criminal gangs, police, bureaucracy and politicians in various parts of the country.

In 2021, what deserves critical attention is how the political class has actually used this criminalization for its own benefit while the common, faceless Indian voters have allowed themselves to be hoodwinked by them.

It is usually said that people vote for criminals out of fear. But there is another element that is typical to Indian politics — the overlapping of caste with crime.

In the nineties and later in the 2000s, many criminals in the badlands of northern India gained a Robin Hood image among their caste fellows to justify crimes and attain a social sanction for a future successful political career.

Every political party takes their help in winning elections.

It is high time the menace of criminalization of politics that has attained menacing proportions is addressed effectively before it is too late. Police reforms could be a good step to start with. It has been pending for decades now.

But do the nation’s politicians and political parties have the inclination and time to end the criminalization of their own field?

As the Supreme Court of India put it, what is needed is a “major surgery for weeding out the malignancy” which, it added, was “growing day by day.”

And yet the latest monsoon session of the Indian parliament turned out to be a washout, marred by protests and pandemonium with no worthwhile subjects coming up for discussion or decision.

The issue is who will bell the cat.