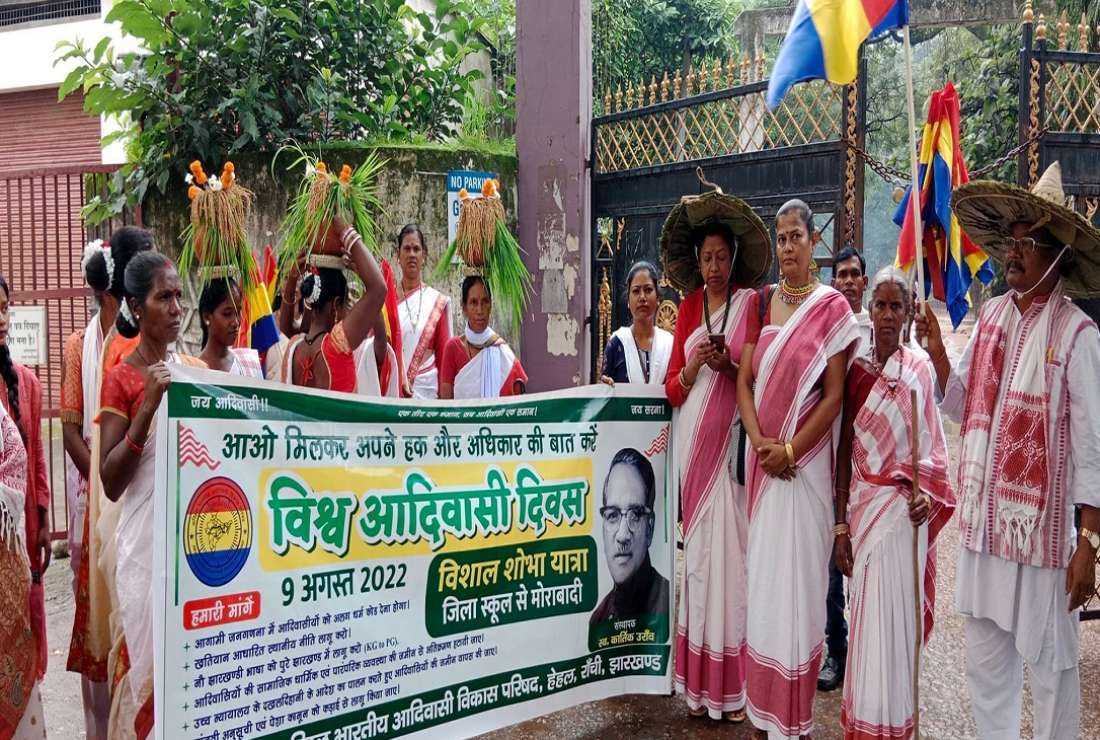 Every year on Aug. 9, tribals across India observe International Day of the World's Indigenous Peoples to highlight their socio-economic condition, their plight and challenges in their daily lives.

This year, tribals in several states clad in traditional attire danced, sang and participated in debates to observe the day as well as raise their voices against discrimination.

“The purpose of the celebration is to promote tribal culture, dance, art, song, wisdom and knowledge bringing all the tribal communities in one platform and to promote unity in diversity,” Father Vincent Ekka, head of the department of tribal studies at the Jesuit-run Indian Social Institute, told UCA News.

“This is also an occasion when we tribals across the nation join together to raise our voices against the injustice done to us as the Indian government still does not acknowledge us as indigenous people,” he said.

The three-day event which ended on Aug. 9 was joined by more than 5,000 people, including political and tribal leaders, activists, academics and experts from across the country.

Father Ekka said India has several laws and constitutional provisions, such as the Fifth Schedule for Central India and the Sixth List for certain areas of the Northeast that recognize the rights of indigenous peoples to land and self-government, but their implementation is far from satisfactory.

He said they have sought recognition of their identity, way of life and right to traditional lands, territories and natural resources for years, yet throughout history, their rights have always been violated.

The theme for this year was "The Role of Indigenous Women in the Preservation and Transmission of Traditional Knowledge."

“Women’s role in sustaining their culture and heritage has to be maintained amid the challenges faced by tribal women in India. There is a need to protect the constitutional and legal rights of tribal women,” Sister Lalita Roshni Lakra, a lawyer and human rights activist, said.

Meanwhile, Ivy Hansdak, associate professor at Jamia Millia Islamia University, during her address to the gathering underlined the discrimination tribals and other marginalized sections face in academia.

“The tribal worldview is to maintain the harmonious relationship between humans, nature and their belief with dignity for mutual enrichment. Today in the process of development, mutual enrichment is being overlooked and destroyed. It needs to be restored to build a humane, just and equal society,” Father Stany Tirkey, former secretary of the Indian Catholic bishops' Commission for Tribal Affairs, said.

However, John Barla, junior federal minister for Minority Affairs in his address on Aug. 9 said that since India elected a tribal woman as its new president there is high hope tribal development will speed up.

This year is the 28th International Day of the World’s Indigenous Peoples since its creation in 1994. The date was chosen because it marks the first meeting of the UN Working Group on Indigenous Populations in 1982.