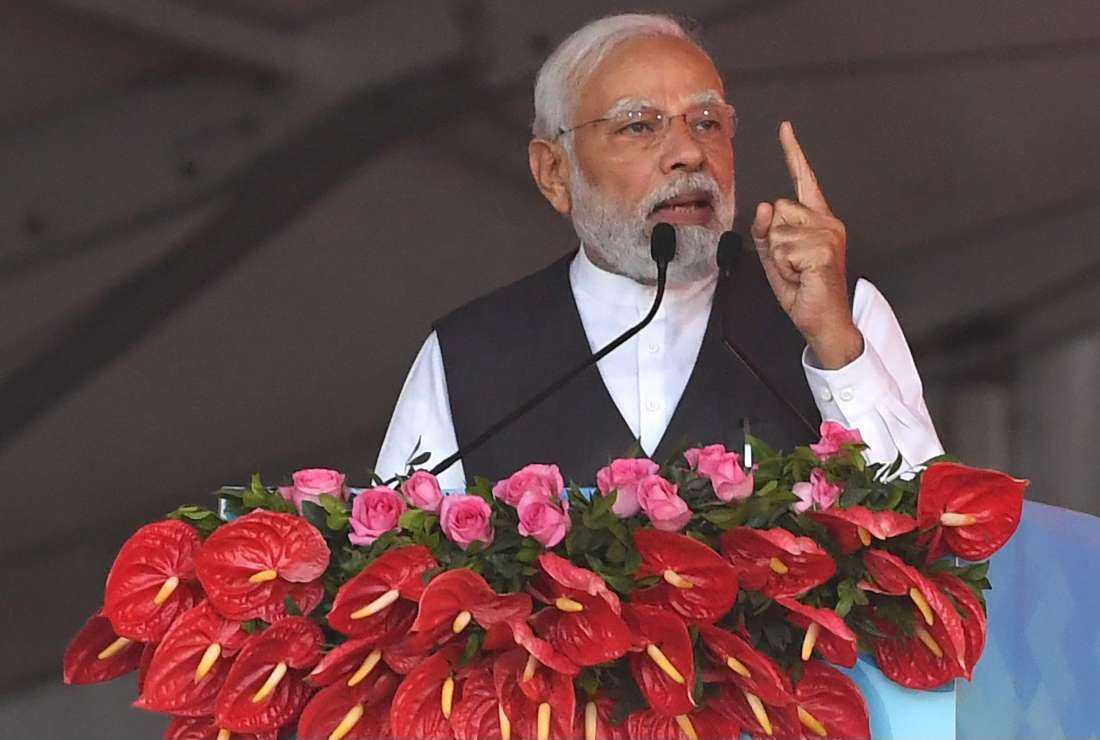 Kanchan Gupta, an adviser to the government, tweeted on Saturday that the Indian government used emergency powers under IT rules to block the documentary and its clips from being shared on social media.

"Videos sharing @BBCWorld hostile propaganda and anti-India garbage, disguised as 'documentary', on @YouTube and tweets sharing links to the BBC documentary have been blocked under India's sovereign laws and rules," he said.

Several tweets with clips of the documentary, "India: The Modi Question", which has not been aired in the world's largest democracy, were still available on Sunday.

The 2002 riots in Gujarat began after 59 Hindu pilgrims were killed in a fire on a train. Thirty-one Muslims were convicted of criminal conspiracy and murder over that incident.

The violence was "politically motivated" and the aim "was to purge Muslims from Hindu areas", the foreign mistry report said.

The "systematic campaign of violence has all the hallmarks of ethnic cleansing" and was impossible "without the climate of impunity created by the state Government... Narendra Modi is directly responsible," it concluded.

Modi, who ran Gujarat from 2001 until his election as prime minister in 2014, was briefly subject to a travel ban by the United States over the violence.

A special investigative team appointed by the Indian Supreme Court to probe the role of Modi and others in the violence said in 2012 it did not find any evidence to prosecute the then chief minister.

Gupta said multiple ministries had examined the documentary and "found it casting aspersions on the authority and credibility of Supreme Court of India, sowing divisions among various Indian communities, and making unsubstantiated allegations".

"Accordingly, @BBCWorld's vile propaganda was found to be undermining the sovereignty and integrity of India, and having the potential to adversely impact India's friendly relations with foreign countries as also public order within the country," he said.