In the Indian rector's murder, the 'why' matters as much as the 'who'

A number of different motives could be behind the killing 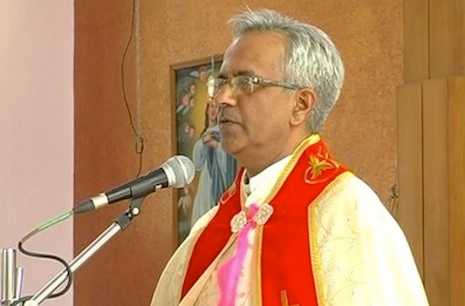 Indian police last week arrested two Catholic priests and a layperson suspected of involvement in the murder of a seminary rector in southern India.

The arrests come a year after the savagely bludgeoned body of the rector, Father K.J. Thomas, was found inside St. Peter's Pontifical Seminary in Bangalore. He was beaten to death on Easter Sunday night, March 31, last year.

Those who knew him say the 61-year-old priest led an austere life and stood boldly in support of the teachings of the Church. So why should such an uncontroversial and friendly human being be killed in such a violent manner?

From the outset, investigators suspected the crime was an "inside job," saying the perpetrators either came from inside the seminary or had the active support of persons connected with it.

Police have yet to provide proof of a link between the perpetrators and the seminary, but they say it is clear that the killing was premeditated. At least three suspects entered the seminary after midnight with no attempt to hide their identity. They entered the rector’s room in search of documents. When Fr Thomas confronted them, they beat him to death.

If this was a simple case of burglary, the attackers could have fled when confronted, and they would have probably tried to hide their identity. They did nothing of the sort.

Police have suggested that the attackers might have harbored “resentment” against the rector because they had been sidelined for important posts at the seminary – a situation that, if proven true, points to a deeper malignancy that has affected the Bangalore Church for several decades.

Why should the three suspects currently in detention – a Carmelite priest, an archdiocesan priest and a layperson – feel sidelined? And should we believe that the suspects truly thought that the murder would ensure them of higher offices or benefits?

Some commentators have suggested another motive for the murder – a dispute within the local Catholic community over the sidelining not just of select seminary members but also of the community of ethnic Kannadiga Christians in Bangalore.

And that group has been quite vocal since the murder. A day after the arrests of the three suspects, members of the Kannadiga community, including priests and laypeople, held demonstrations and a press conference in which it was claimed that the arrests were part of a conspiracy to target them.

The Church in Karnataka has been the focus of ongoing strife between Kannadiga Catholics and migrant Tamil-speaking Catholics from neighboring Tamil Nadu province. A third group – known as Mangaloreans and who speak Konkani – have also been marginalized as a non-local community, even though they have long resided in Karnataka state.

The Archdiocese of Bangalore has some 425,000 Catholics, and officials estimate that at least 70 percent of them are Tamils and only 20 percent are Kannada, while the rest are from other language groups. Although the Tamils dominate the archdiocese, a Mangalorian was made archbishop of Bangalore, in what was seen as an administrative tactic to curb resentment from both Tamil and Kannada groups.

But Kannadiga people say they are being neglected across the state. Of the 10 dioceses in Karnataka, eight bishops are Mangalorians. None are Kannada.

Conflict between Tamil and Kannadiga communities have persisted for the last three decades, with the Kannadiga demanding – sometimes violently – that more of their community be appointed as bishops or given high positions with greater decision-making authority within seminaries or other key institutions.

Such demands have been accompanied by boycotts on Masses and physical disruptions of ordinations. In some cases, bishops were ordained under police protection.

Past students of St Peter’s have confided to me that complaints of discrimination against professors seeking higher offices were well known and openly discussed; and students from various ethnic groups found it impossible to remain neutral in the disputes.

The divisions within the seminary reached such a pitch that there was talk of dividing it along Tamil-Kannadiga lines. In fact in May 2012, a Kannadiga group issued a press release welcoming a Vatican proposal to set up a Karnataka regional major seminary. But nothing has since been said about the proposal.

Three decades is long enough for any administration to confront and resolve issues of this sort. Unfortunately, it is also long enough for young people to grow up with entrenched hatreds. A generation of Kannadiga students has grown up hearing stories of neglect, discrimination and injustice at the hands of Church people.

Rector Thomas' family members say he was a victim of hate, since his murder could have had no other motive.

But there is a wider guilt to be shared. If for 30 years the Church’s administration could not set its house in order, and the pontifical oversight of the seminary remained blind to ethnic divisions, then everyone in the Church – including pontifical officers – bear some responsibility for the killing of Fr Thomas.

Christopher Joseph is India correspondent for ucanews.com, based in Kochi