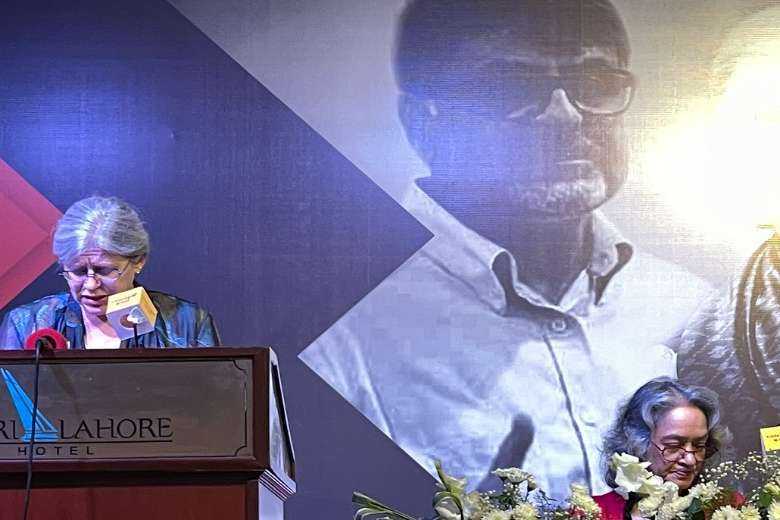 Shahid Masih, a Catholic dressmaker, was struggling with decreasing customers during the pandemic when one of them offered his 14-year-old daughter a job.

Saddam Hayat offered Mashi's teenage daughter Nayab Gill a monthly salary of 10,000 rupees ($57) to work at his home-based beauty parlor. Hayat used to pick up and drop her off from her house in Gujranwala, Punjab province.

Hayat "used to visit our home to get clothes stitched for his four children and two wives. Slowly we developed family terms. She used to call him chacha (uncle). He never paid us the promised salary."

“We joined with him in a community-saving system and paid him 30,000 [$171] rupees in monthly installations,” the Catholic tailor told UCA News.

Each member in this community-saving circle commits the same amount each month for a set duration. He then receives the whole "pot" of money once during the rotation.

But on May 20, Gill went missing. Local Christians reported eight people including Hayat of escorting her in a van. Masih reported abduction and adultery in a police complaint.

A week later, Gill appeared in court and claimed that she was 19 and had converted to Islam of her own free will.

On July 1, Justice Shahram Chaudhry of Lahore High Court upheld a decision awarding custody of Gill to 30- year-old Hayat, who was accused of forcibly marrying and converting her to Islam.

The family fears Hayat will keep their daughter as a housemaid.

Just like Gill, at least some 1,000 women from religious minorities such as Christians and Hindus are forcibly converted and married annually in Pakistan, Forbes magazine reported in February 2021, quoting human rights organizations.

It is not simply a religious question. It is a question that transcends religion

Although Pakistan dismissed such reports as “rubbish and baseless,” Forbes said the actual numbers could be much higher as many cases go unreported.

The basic reason for this devastating attack on women is poverty than religion, said Wendy Gilmour, Canadian High Commissioner to Pakistan.

“It is not simply a religious question. It is a question that transcends religion; it really has its heart in poverty and inequality,” she said on Nov. 21 while addressing the Asma Jahangir conference, Pakistan's biggest human rights consultation.

Discussing the theme “minorities under threat – forced conversions and marriages,” she shared her experience of working with an organization engaged with young women trying to address the underlying causes of the issue.

Most of Pakistan’s 2.6 million Christians are considered to be of lower caste origins

“We should try to create education and professional opportunities so that parents value educating their girls so that girls themselves are in a position to make informed choices,” she said.

“This is something governments have to support at every level,” Gilmour said stressing the government role.

Most of Pakistan’s 2.6 million Christians are considered to have originated from lower castes and are engaged in lowly jobs such as cleaners, farmhands and brick kiln workers.

Although Christians form the third largest religious community after Hindus in the Muslim-dominated nation, they form a negligible minority of less than 1.27 percent of the population, ignored by the administration.

Christian youth often complain of being turned down by private and government departments because of their religion.

Forced conversions and marriages of Hindu and Christian girls have increased in recent years.

Human rights organizations claim that most people from religious minorities are doing menial jobs and are hired as sanitary workers in the Muslim-majority nation.

Poverty, lack of education and low social status makes them vulnerable to further violations such as forced marriages and conversion, observers say.

Jogendra Nath Mandal, Pakistan’s first law minister, was the first to complain of forced conversions of lower caste girls in the Islamic Republic.

In his 1950 resignation letter, Mandal lamented the anti-Hindu bias and cited several other instances of harassment and persecution, including from pre-Partition days. He returned to India where he died 18 years later.

Forced conversions and marriages of Hindu and Christian girls have increased in recent years.

The bill, which proposed that only “mature” non-Muslims convert to Islam, was previously termed un-Islamic by the Ministry of Religious Affairs and Interfaith Harmony.

Most affected families are living below the poverty line with a monthly income of only 15,000 rupees (US$85).

“There is very little space for interfaith alliances. Many of these girls are condemned to a life of sexual abuse and rape by their husbands. Some are sold and trafficked into prostitution. It’s a hidden crime,” Yousaf said.

He said Gill and victims of her age are “school-girls who can’t continue their education after conversion and marriage. Security concerns increase for their school-going siblings as well.”

“Most affected families are living below the poverty line with a monthly income of only 15,000 rupees (US$85). They can’t fight court cases or bribe the police. Many just move away to other places to avoid the stigma of the elopement of their daughter,” Sohail Yousaf coordinator Edge foundation told UCA News.

“Low caste and impoverished Hindus in Southern Sindh province are reciting the Kalima [the Islamic proclamation of faith] to live a debt-free life. Hundreds of them have switched religion to improve their social status and material benefits like government financial assistance and aid assistance from organizations,” he said.

According to the Lahore-based Center for Social Justice (CSJ), at least 38 cases of forced conversions were of underage non-Muslim girls this year.

“We need to see what jurisdiction the Council of Islamic Ideology and other Muslim committees have with regard to forced conversions of minority minor girls,” said Peter Jacob, Catholic director of CSJ.

“The ministry of religious affairs had been part of the problem than a solution. It failed to show any impartiality. The inquiry into this matter was half-hearted,” he said.

In a press statement issued last week, US Secretary of State Antony Blinken designated Pakistan and several other countries on the list for allegedly "having engaged in or tolerated systematic, ongoing and egregious violations of religious freedom.”

“Most of the affected families are living below the poverty line with a monthly income of only 15,000 rupees. They can’t fight court cases or bribe police. Their daily life is disrupted. Many move to other places to avoid the stigma of elopement of their daughter,” coordinator Sohail Yousaf told UCA News.

“The father of Nayab Gill was working at home. The victims including his daughter are schoolgirls who can’t continue their education after conversion and marriage. Security concerns increase for their school-going siblings as well.

“Low-caste and impoverished Hindus in Sindh province are reciting the Kalima [Islamic proclamation of faith] to live a debt-free life. Hundreds have switched religion to improve their social status and access material benefits like government financial assistance and aid from organizations.”