In message to Russian patriarch, pope prays for end of war in Ukraine 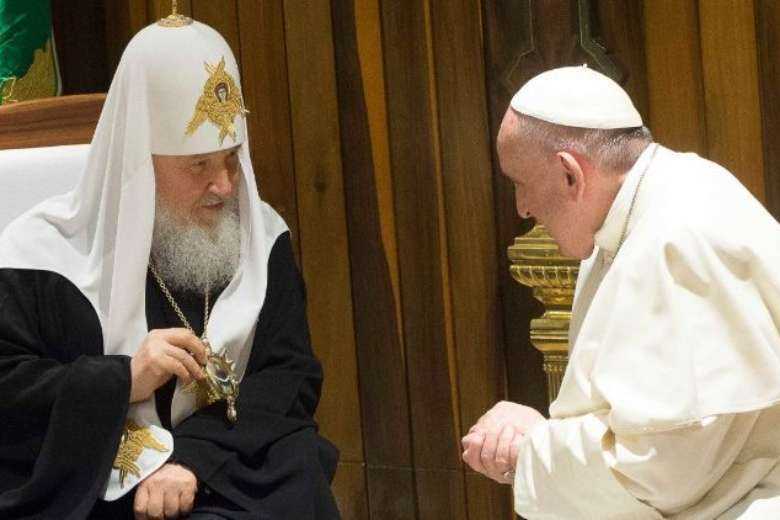 In an Easter message to Russian Orthodox Patriarch Kirill of Moscow, Pope Francis prayed that the Holy Spirit would "transform our hearts and make us true peacemakers, especially for war-torn Ukraine."

In the message for the April 24 celebration of Easter according to the Julian calendar, the pope expressed his hope that "as soon as possible, the great Easter transition from death to new life in Christ may become a reality for the Ukrainian people, longing for a new dawn to end the darkness of war."

The pope's message did not mention the Vatican's decision to postpone a planned meeting between Pope Francis and Patriarch Kirill in June in Jerusalem.

The Vatican's diplomatic team believed such a meeting "at this time could lead to much confusion," Pope Francis said April 21 in an interview with La Nación, the Argentine newspaper.

Patriarch Kirill has been an outspoken supporter of Russian President Vladimir Putin's war on Ukraine.

When the pope and patriarch spoke during a video call March 16, the pope told him: "There was a time when we spoke, even in our churches, of a holy war or a just war. Today we cannot speak like that. The Christian conscience of the importance of peace has developed."

"Wars are always unjust because the ones who pay are the people of God. Our hearts cannot help but weep before the children, the women killed, all the victims of war. War is never the way. The Spirit that unites us asks us as shepherds to help the people who suffer from war," the pope said, according to the Vatican press office.

In his Easter greetings to the patriarch, which were published on the Russian Orthodox Church's website, Pope Francis said that "in these days, when we feel the weight of the suffering of members of our human family, broken by violence, war and many injustices, let us again marvel with a thankful heart that the Lord has taken upon himself all the evil and pain of our world."

"Dear brother," the pope wrote, "let us pray for one another, that we may bear faithful witness to the Gospel message of the risen Christ and to the church as the universal sacrament of salvation, so that all may enter into the kingdom of 'righteousness and peace and joy in the Holy Spirit.'"