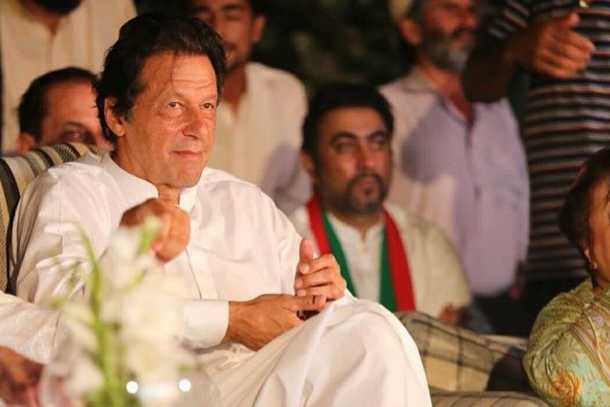 Imran Khan has pledged to build a fairer society in Pakistan after his election victory. (Photo courtesy of PTI media)

Former Pakistan cricket star Imran Khan has pledged to help the weakest in society after declaring victory in what is being perceived as the country's most controversial general election.

Official results released by the Election Commission of Pakistan (ECP) showed that his Pakistan Tehreek-e-Insaf (Movement for Justice) party had won 109 out of 272 seats in the July 25 poll. Though still short of a majority, he is set to form a coalition government with allies and independents.

Pre-election fears that the Pakistan may be headed toward a weak and unstable hung parliament seem to have subsided.

Almost 24 hours after polling closed, Khan made a victory speech and outlined his party's domestic and foreign policy priorities under him as prime minister.

"This is the most transparent and fair election of Pakistan's history. However, I am ready to investigate and open as many constituencies as the opposition wants," he said in a televised speech.

"The major focus of my government will be to address the plight of the oppressed and weakest segments of the society, including minorities, and to fight poverty."

Khan called for improved relations with neighboring countries including India and war-torn Afghanistan. "If India takes one step towards us, we will take two. Right now, it is one-sided where India is constantly just blaming us. We are ready to sit with India and discuss the core issue of Kashmir."

On Pakistan's relations with the United States, Khan said: "We want to work on a policy that is mutually beneficial. Not a one-way relationship as there needs to be balance unlike in the past."

Scores of candidates have complained that their agents were thrown out of polling stations and doors were closed during voting.

Former prime minister Nawaz Sharif, the incarcerated leader of the rival Pakistan Muslim League, said the polls had been "stolen" and warned that the "tainted and dubious" result would have a bad impact on Pakistan's politics.

July 26 was a meeting day for Sharif, daughter Maryam Nawaz and son-in-law Muhammad Safdar, who were imprisoned after being convicted of corruption over their ownership of four luxury flats in London.

Sharif believed that Khan's position was much weaker this time than in 2013 when the last general election was held.

Pakistan Peoples Party leader Bilawal Bhutto Zardari, who lost two of his three seats, has urged his workers to wait for his next call.

"Attempts to keep me from parliament have failed. While party workers are understandably outraged when it takes 28 hours to announce controversial results. I request all to await party policy decisions after a consultative meeting," he said.

Maulana Fazlur Rehman, head of the MMA alliance of religious parties, has called an all-party conference, saying that his party will not accept martial law under the guise of civilian rule.

Pakistan's independent rights body has observed the electoral process in recent months, paying special attention to reports of violence, manipulation and the ECP's arrangements. It said the ECP's performance left much to be desired.