International body reminds the country of its constitution, which enshrines the right to practice religions other than Islam 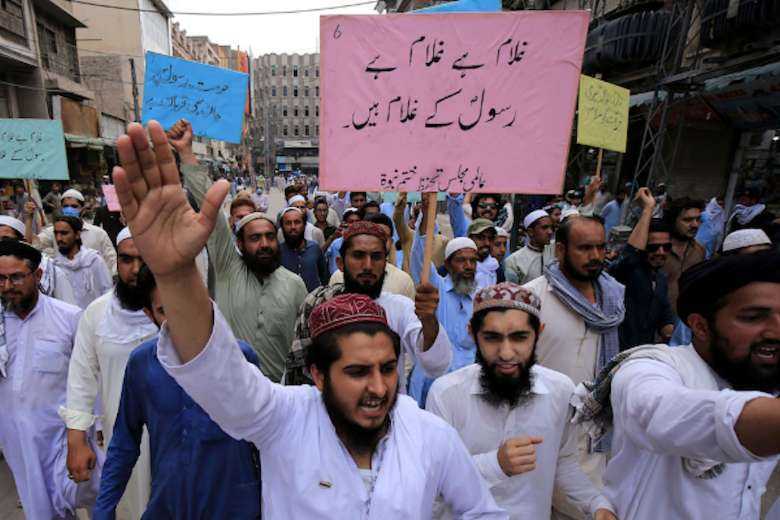 The International Commission of Jurists (ICJ) has called on Pakistan to urgently respond to the serious and ongoing persecution of individuals from religious minority groups by state and non-state actors across the country.

“The Pakistani authorities have shamefully failed to address repeated calls to curb the longstanding violations of the right to freedom of religion or belief,” Sam Zarifi, secretary-general of the ICJ, said in a briefing paper released on July 29.

The international body of eminent jurists underlined the offenses against religion under so-called blasphemy laws, the persecution of Ahmadis, and the reported forced conversions of girls from minority religions, often compelled to Muslim men.

He further said that calling them "isolated incidents" that are used to give a bad name to the country only emphasizes the failures of the Pakistani government.

The ICJ sought to remind the country of its constitution, which acknowledges the rights of people to practice religions other than Islam.

Reiterating the need to repeal the blasphemy laws and prevent their misuse, the ICJ also recommended abolishing the mandatory death penalty.

The Supreme Court of Pakistan in 2014 had clarified that religion cannot be defined in rigid terms, and held that each citizen of Pakistan is free to exercise the right to profess, practice and propagate their religious views.

Pakistan is also a party to the International Covenant on Civil and Political Rights, which provides that “everyone shall have the right to freedom of thought, conscience and religion,” it said.

For years now, UN human rights mechanisms and experts have expressed concern regarding violations of freedom of religion or belief in Pakistan and have previously recommended that it should repeal or amend its so-called blasphemy laws in accordance with the country’s human rights obligations

Reiterating the need to repeal the blasphemy laws and prevent their misuse, the ICJ also recommended abolishing the mandatory death penalty.

It further called for the repeal of all legislative provisions criminalizing the public practice of the religious beliefs of Ahmadis and non-Muslims, and ensure allegations of forced conversion and forced marriage of girls from religious minorities are independently, impartially and promptly investigated.

Pakistan also needs to revise its law related to child marriage to set the minimum age of marriage regardless of gender at 18 years and make sure it is implemented effectively, the ICJ said.