Hunt on for remains of first Filipino prelate in Rome 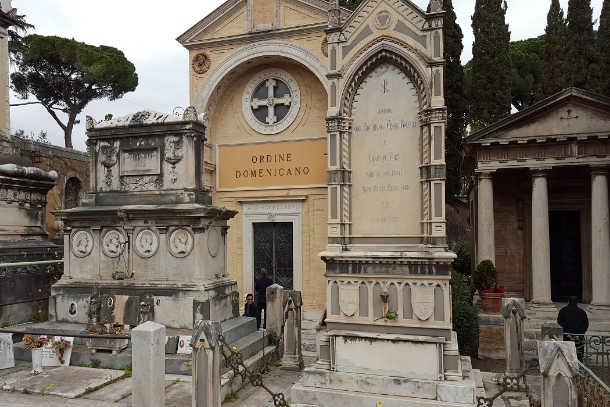 The Dominican Mausoleum at Campo Verano in Rome, Italy, where the remains of the late Filipino Bishop Jorge Barlin are believed buried. (Photo supplied)

Filipino priests in Rome are searching for the remains of the country's first native prelate who died in Italy more than century ago.

The priests said they intend to take home the remains of Bishop Jorge Barlin, who was supposedly buried at the Dominican Mausoleum in Rome's Campo Verano.

"It would be a great tribute to the man whose courage and unwavering faith protected the ... church in the Philippines against the threat of a schism," one of the priests, Father Ericson Jouse, said.

Had the bishop not stood for the faith, Catholics would have been a minority in the Philippines "and [Catholicism] would not have reached a glorious quincentenary."

The Philippines will celebrate the 500th anniversary of the arrival of the Catholic faith in 2021.

The quest to bring back the late bishop's remains started several years ago but success remains elusive because his bones were deposited in a common grave dedicated to members of the Dominican Order.

While his death and burial records are well preserved, the late prelate's tombstone is missing.

The team searching for him is being led by Father Gregory Ramon Gaston, rector of the Pontificio Collegio Filippino, and Dominican Father Gerard Timoner of the Vatican’s International Theological Commission.

He defended in the courts properties of the Catholic Church against encroaching members of the new Philippine Independent Church.

As the only Filipino prelate, Bishop Barlin delivered the invocation at the inaugural session of Philippine Assembly on Oct. 16, 1907.

He died in Rome while on an "ad limina" visit in September 1909.

In 2007, the Catholic Bishops’ Conference of the Philippines released a pastoral letter honoring Bishop Barlin for giving "above all else service to God and the people."