Hundreds of Rohingya return to Rakhine as Myanmar releases inmates 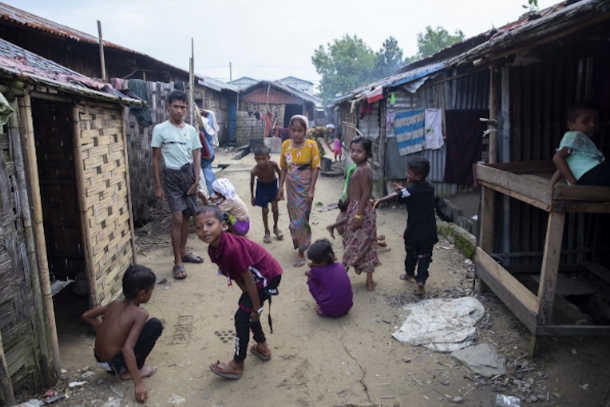 More than 800 Rohingya who were recently released from prison have returned to conflict-torn Rakhine state in western Myanmar.

They were among 25,000 inmates released from prisons across the country on April 17 as the government fears overcrowded prisons could be hotbeds for the fast-spreading deadly coronavirus outbreak.

More than 600 Rohingya disembarked near Sittwe, capital of Rakhine, while another 200 were taken further north to townships on the border with Bangladesh, according to media reports.

The United Nations said 886 Rohingya men, women and children will be returning to their communities in nine townships in Rakhine.

The Rakhine state government has designated facilities where they will be quarantined for 21 days, according to a report by the UN Office for the Coordination of Humanitarian Affairs on April 20.

“Humanitarian actors will provide assistance to the returnees in the facilities in coordination with the Rakhine state government and the township authorities,” it said.

The World Health Organization has also warned that prison populations are particularly vulnerable to the spread of the deadly disease.

Myanmar has reported 119 Covid-19 cases including five deaths and nine recoveries, according to the latest data.

On April 8, a Myanmar court dropped charges against the nearly 200 arrested Rohingya who fled Rakhine via the sea late last year.

They were convicted under Section 6(3) of the 1949 Residents of Burma Registration Act, which carries a maximum two-year sentence. The government did not cite the reason for dropping charges.

“Amid the worsening Covid-19 crisis, releasing hundreds of wrongfully imprisoned Rohingya is an encouraging step by Burmese authorities,” said Nadine Maenza, vice chair of the US Commission on International Religious Freedom.

“This process must continue. Individuals held in overcrowded and unsanitary prisons face an increased threat from this disease.”

Rohingya Muslims, who are effectively denied citizenship and freedom of movement in Myanmar, are regularly arrested for attempting to flee the dire conditions in Rakhine.

More than 600,000 Rohingya remain in Rakhine subject to ongoing government persecution and violence, two years after Myanmar’s military crackdown forced more than 740,000 to flee to Bangladesh.

Rights groups said those who remain in Myanmar are trapped in appalling conditions, confined to camps and villages without freedom of movement, and cut off from access to adequate food, medical care, education and livelihoods.

Myanmar has faced mounting pressure from the international community over rights abuses against Rohingya in Rakhine as the International Court of Justice (ICJ) has filed genocide charges.

Next month Myanmar is due to report back to the ICJ to present the measures it is taking to protect the ethnic minority.

Bangladesh coast guards recently rescued a boat carrying 382 Rohingya who drifted at sea for nearly two months. Some 30 people on board died before the rescue.

Myanmar regards the Rohingya as Bengalis, implying that they are interlopers from neighboring Bangladesh despite most of their ancestors having lived in the country for decades.