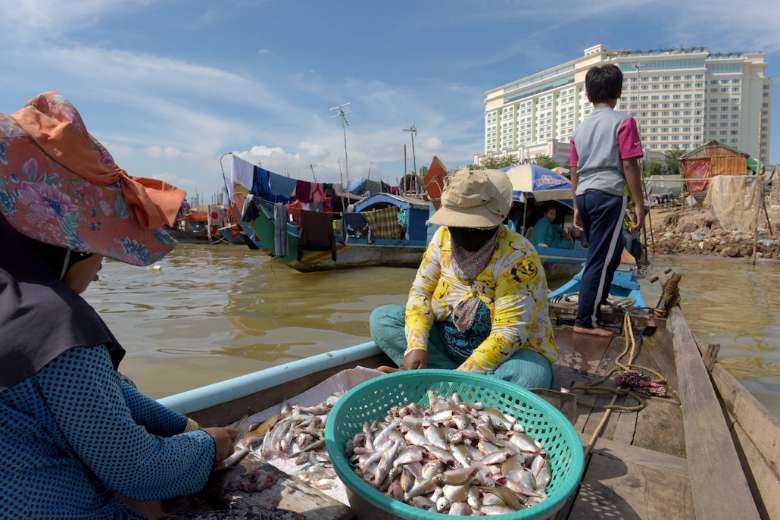 Cambodian Prime Minister Hun Sen wants to appoint at least one Khmer Muslim as a deputy governor for each province, city and district in order to coordinate and promote harmony among the country’s ethnic groups.

Speaking at an annual meeting of the Ministry of Interior, Hun Sen also urged Muslim students and government officers to pursue high-ranking positions within his administration.

Muslims are largely under-represented in Cambodian political life, with most living along the Mekong River in six of the country’s 24 provinces; Kampong Cham, Kratie, Kampong Thom, Pursat, Kampot and Phnom Penh.

Those provinces were singled out by Hun Sen as he spoke to hundreds of delegates from the Interior Ministry.

Relations between predominantly Buddhist Cambodians and its Muslim population have improved dramatically since the end of the 30-year civil war in 1998, with senior Islamic leaders providing a highly influential role in finding justice for Pol Pot’s victims at the Khmer Rouge genocide tribunal.

The ultra-Maoists had singled out Muslims and ethnic Vietnamese for extermination under their brutal rule of Cambodia between 1975 and 1979 when two million people perished. Of them, about 100,000 were Khmer Muslims, also known as Muslim Chams.

Because they abstain from pork, Muslim Chams rely on fishing the Mekong River for their livelihoods

Relations were again tested following the Sept. 11, 2001, strikes on New York and Washington by Osama bin Laden’s al-Qaeda network, resulting in the 9/11 Wars fought against Islamic insurgencies across the Middle East and in Southeast Asia.

However, a counter-insurgency program succeeded in thwarting efforts by hardline jihadists, mainly from the Indonesian-based Jemaah Islamiyah, who had tried to infiltrate Cambodia’s moderate Muslim population of around 400,000 during the early 2000s.

“A lack of political clout is the major issue currently confronting Cambodia’s Muslims. Because they abstain from pork, Muslim Chams rely on fishing the Mekong River for their livelihoods,” said one analyst, who declined to be named.

“But fish catches are dreadfully low. The Mekong is overfished and a four-year drought has resulted in many trying to find some kind of employment. Most are still impoverished.”

Hun Sen has also sought to improve relations with predominantly Muslim countries such as Turkey in a bid to broaden Cambodia’s foreign investment base amid strategic planning for a post-pandemic economic recovery.

In a separate announcement, officials from Turkey and Cambodia met this week, pledging to strengthen economic cooperation between the countries.

“The meeting was aimed to pave the way for Turkish investors and businessmen to explore investment opportunities in Cambodia in areas such as culture, tourism and trade,” a government statement said.

“They also underlined the government's strategies to encourage more investors and visitors to the country through bilateral and multilateral free trade agreements and the tourism recovery framework, especially the country's reopening for Covid-19-vaccinated travelers.”