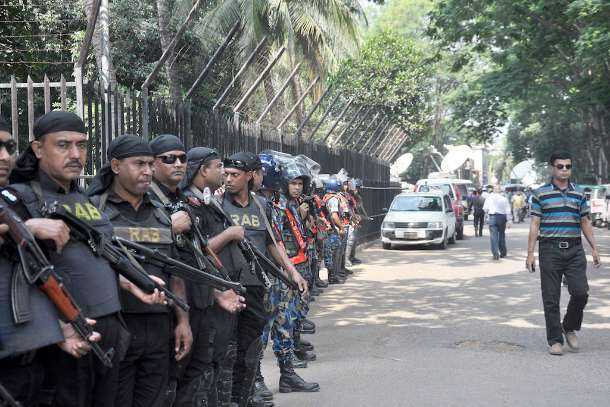 Activists have decried Bangladesh’s worsening human rights record of extrajudicial killings, custodial torture, rape and harassment of journalists amid a culture of impunity.

In the first six months of this year, at least 167 people were killed in extrajudicial shootouts, 25 people were tortured including 13 deaths in police custody, 527 women and girls were raped, 51 journalists were attacked and injured, and 71 were arrested under the draconian Digital Security Act, according to a new report by the Dhaka-based Human Rights Support Society (HRSS).

The report noted that 124 of the extrajudicial killings were carried out in “crossfire” — a common euphemism for extrajudicial police shootings. Five people became victims of enforced disappearances by law enforcement agencies.

Some 301 out of 527 rape victims were children; 39 were seriously injured and 18 were killed after rape. Some 97 women became victims of gang rape and 19 were killed or dead after violence.

The HRSS decried the fact that despite the state being the guardian of all forms of human rights, in most cases the state and law enforcement agencies failed to protect those rights.

“There has been impunity and even no probe in cases of extrajudicial killings, which in fact encouraged the perpetrators to carry out the crime again and again. This silence and inaction are deplorable,” Father Gomes told UCA News.

“The government needs to realize rights abuses such as extrajudicial killings, torture, disappearances, rape of women and children and attacks on free speech tarnish the image of the country. Human rights should get top priority and the culture of violence should be stopped.”

“Due to lack of accountability, such extrajudicial killings continue and the judiciary is being bypassed. It seems there is no one to hold accountable. This culture of impunity and injustice cannot be tolerated and the government must take actions to stop it immediately,” Goswami told UCA News.

“All perpetrators of rights violations should be held accountable and made responsible for crimes such as killings, rapes and other forms of abuse.”