Church, Cebu mayor seek aid for those who lost everything in fire that destroyed the homes of almost an entire community 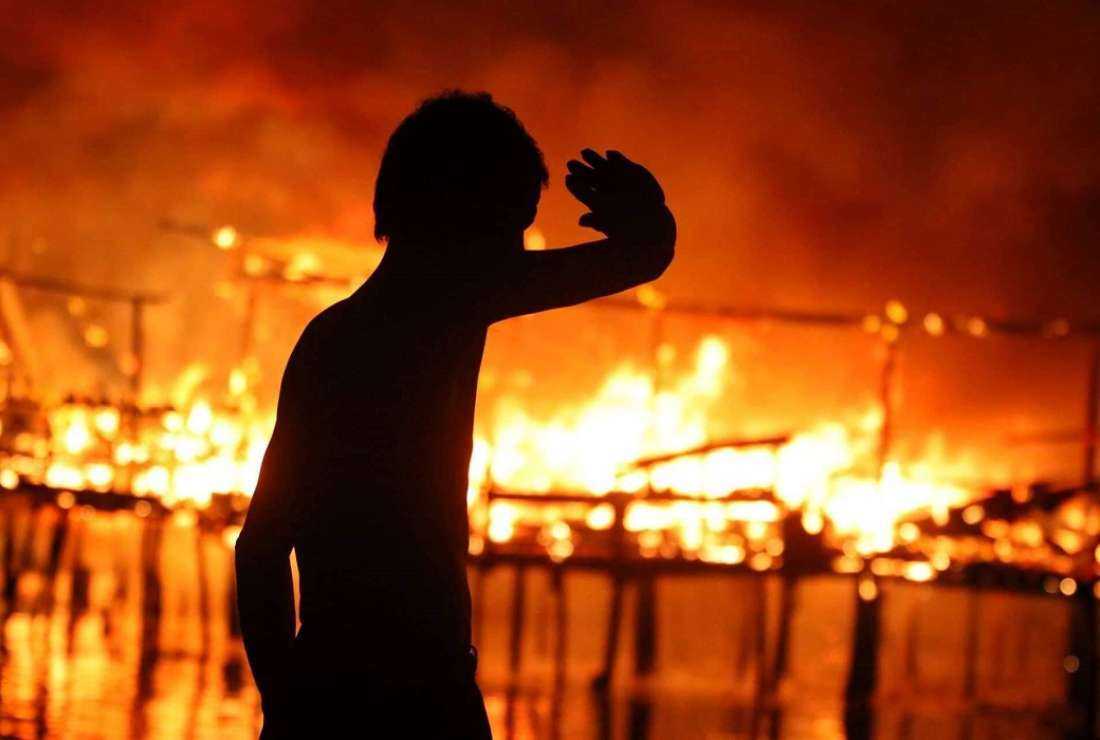 A resident looks on as a huge blaze tears through a coastal community in Mandaue City, in the Philippines on Nov 22. (Photo: Archdiocese of Cebu)

A huge fire in the Philippines tore through the homes of more than 700 families on Nov. 22 in Cebu province displacing more than 2,300 people and forcing them to sleep on basketball courts and in tents.

The conflagration occurred in a coastal community in Mandaue City where many residents are fishermen and farmers.

The fire began around midnight on Nov 22 and lasted for two hours before the Bureau of Fire Protection declared the fire out.

“It was so fast because it was evening. People were already asleep and resting. Secondly, the materials of the houses burned very easily. Some had tires on top of their roofs to prevent strong winds from blowing them off, but rubber is a fire hazard,” senior fire officer Danny Zamoras told reporters.

"Not all the victims could be accommodated"

A resident called Reynaldo Devilleres admitted he was responsible for the disaster.

“The fire started at my house. I was asleep when the incident happened. I lit a lamp because I did not have electricity so I was using a kerosene lamp which I forgot to put out before I fell asleep,” Devilleres told the Cebu Times.

No fatalities were reported but Devilleres and two firefighters were injured.

Cebu Mayor Jonas Cortes appealed for help saying not all the victims could be accommodated at evacuation sites because they were so many.

“A lot of grief happened to us today.... Our city is having difficulty accommodating hundreds of families because they were so many of them,” Cortes told reporters.

Some victims were given tents to sleep in, others had to sleep on basketball courts. The Church’s social arm Caritas, meanwhile, set up a mobile kitchen to prepare hot meals and distributed water and food packs to the homeless.

Archbishop Jose Palma of Cebu appealed for help from government agencies and non-government organizations for their rehabilitation.

“I humbly appeal for help for all our brothers and sisters. May we find a soft spot in our hearts to be generous to the victims of the recent fire, especially to the children,” Archbishop Palma said.