How religious can public oaths and prayers be? 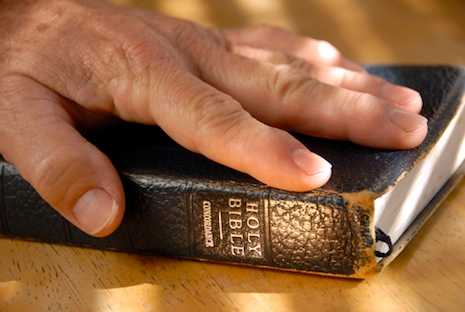 The Supreme Court struggled Wednesday (Nov. 6) with a case that asks whether government bodies can open with prayers that some people find overly religious and excluding.

From their lines of questioning, it’s unclear whether the court is ready to write new rules on what sort of prayer falls outside constitutional bounds. And more than one of the justices noted that just before they took their seats, a court officer declared: “God save the United States and this honorable court.”

Few court watchers believe the justices will rule all civic prayers unconstitutional — the nation has a long history of convening legislative bodies with such language.

Rather, the question raised by Town of Greece v. Galloway is how sectarian these prayers can get.

Justice Elena Kagan brought the issue into focus by asking what should happen if the court had opened with a different religious reference, one offered by a minister called up by the chief justice who asked everyone to bow their heads and said:

“We acknowledge the saving sacrifice of Jesus Christ on the cross. We draw strength from his resurrection. Blessed are you who has raised up the Lord Jesus. You who will raise us in our turn and put us by His side.”

Many of the prayers offered at the opening of town council meetings in Greece, N.Y., outside Rochester, have been similarly worded. For eight years, they were delivered only by Christian clergy, who sometimes asked attendees to stand and bow their heads, and frequently invoked Jesus and the Holy Spirit.

Two town residents — Susan Galloway, who is Jewish, and Linda Stephens, an atheist — sued over the prayers and lost in federal court in 2011, arguing that the town had violated the Constitution’s Establishment Clause, which prohibits government-sponsored religion.

But they won in 2012 at the 2nd U.S. Circuit Court of Appeals, which ruled that the town’s approach to public prayer amounted to an endorsement of Christianity.