Preachers attempt to prove Christianity is all about money 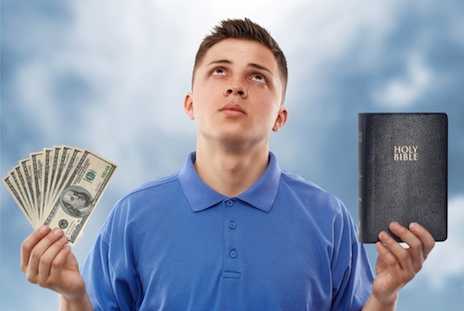 By Corriwe Mitchell for On Faith

The prosperity gospel goes by many names: Word of Faith, Health and Wealth, Name It and Claim It. This “different gospel” teaches that God provides rewards, including personal happiness, financial wealth and physical health, for believers who have sufficient faith. Prosperity theology developed in America in the last century and has been called a “baptized form of capitalism.”

The preachers associated with the movement — including Kenneth Copeland, Joel Osteen, and Creflo Dollar — have some of the largest congregations and best-selling books in the country, and they host television programs that seem to air at all hours of the night (and are some of the most-watched programming around the world).

But a number of prominent pastors, including John Piper, Albert Mohler, and Matt Chandler, have taken prosperity preachers to task, denouncing their teachings as a perversion of Christianity. As per a TIME cover story: “Prosperity soft-pedals the consequences of Adam’s fall — sin, pain and death — and their New Testament antidote: Jesus’ atoning sacrifice and the importance of repentance.”

Prosperity critics point out that in the Bible, Christians are assured persecution (2 Tim. 3:12) and suffering (Acts 9:16) and admonished toward self-denial (Mark 8:34). So which verses grant hope for new cars, job promotions and good health? Here are 10 verses prosperity preachers misuse to promise Christians health and wealth:

The signature verse of the prosperity gospel, John 10:10 is used to suggest that God loves his followers and wants them to have every good thing. But interpreting this verse to promise physical gain neglects the depth suggested by its context.

The preceding verses illustrate the parable of the sheep and their good shepherd, Jesus, who calls them by name. The sheep know the good shepherd’s voice and follow. Verse 10 contrasts Jesus with false shepherds who steal and kill and destroy. The abundance of life suggested here has to do with knowing and being known by Jesus, not material things. The Tyndale Commentary explains, “He does not offer them an extension of physical life nor an increase of material possessions, but the possibility, nay the certainty, of a life lived as a higher level of obedience to God’s will and reflecting his glory.”

This verse is used to bolster the “name it and claim it” part of the prosperity gospel — if you don’t “have,” it’s because you haven’t prayed enough. This interpretation ignores the verse that follows, in which James says, “When you ask, you do not receive, because you ask with wrong motives, that you may spend what you get on your pleasures.”

Creflo Dollar says this of prayer: “When we pray, believing that we have already received what we are praying, God has no choice but to make our prayers come to pass.”

While prayer (including intercessory prayer) is crucial to the life of a Christian, using it to force God into appeasing the believer’s desires also goes against the very prayer Jesus prayed on the eve of his crucifixion: “Yet not my will, but yours be done” (Luke 22:42

3. Mark 10:29-30 — “No one who has left home or brothers or sisters or mother or father or children or fields for me and the gospel will fail to receive a hundred times as much in this present age.”

Prosperity preachers are known for their emphasis on giving, which on its face seems to line up with scripture. However, the motivation they teach — giving in order to get — distorts the biblical tradition.

In God’s Will Is Prosperity, Gloria Copeland writes of this verse, “Give $10 and receive $1,000; give $1,000 and receive $100,000 . . . in short, Mark 10:30 is a very good deal.” But of course, that’s not what this verse is promising. The reward indicated here is fellowship with hundreds and thousands of other believers. The following verse (10:31) provides further clarity: “But many who are first will be last, and the last first.” This verse encourages ordinary, obedient discipleship, not personal gain.

4. Galatians 3:14 — “He redeemed us in order that the blessing given to Abraham might come to the Gentiles through Christ Jesus.”

Prosperity preachers apply this verse to their misinterpretation of the Abrahamic covenant found in Genesis, which they read as God promising financial blessings to Abraham’s descendants. In Spreading the Flame, Edward Pousson writes, “This Abrahamic inheritance is unpacked primarily in terms of material entitlements.”

Again, an entire portion of the verse is neglected. The Apostle Paul concludes 3:14 by writing that Jesus sacrificed “so that by faith we might receive the promise of the Spirit.” David Jones, author of Health, Wealth and Happiness, writes that Paul is reminding the Galatians of the spiritual blessing that is salvation, not that of wealth in this life.

5. 2 Corinthians 8:9 — “Though he was rich, yet for your sake he became poor, so that you through his poverty might become rich.”

Prosperity teachers read this verse to suggest that Jesus’ sacrificial death affords us temporal wealth. Most Christians agree that when Paul says that Jesus was “rich,” he’s referring to his status as the Son of God. And his becoming poor was his voluntary act of stepping into humanity — the incarnation.

6. 3 John 2 — “Dear friend, I pray that you may enjoy good health and that all may go well with you, even as your soul is getting along well.”

In a prosperity gospel context, this verse is read to claim that physical health is inseparable from spiritual growth — if a believer were truly faithful enough, he would be experiencing bodily blessings.

However, 3 John 2 is simply a greeting — it’s how John begins his letter to Gaius, similar to how any polite person might begin a letter with well wishes. It was not a promise to Gaius, and certainly is not meant to be taken as a promise that none of God’s people will ever fall ill.

7. Malachi 3:10 — “Bring the whole tithe into the storehouse . . . and see if I will not throw open the floodgates of heaven and pour out so much blessing that there will not be room enough to store it.”

This verse is a powerful fundraising tool for prosperity preachers, manipulating believers into tithing more by saying God will return the favor exponentially. But as D. A. Horton explains, this verse has nothing to do with individual riches; rather, it arises from a particular historical situation for Israel: “The Israelites were robbing God by not giving enough food to the national storehouse that was used to feed the priests of Israel. So the priests were having to leave their priestly duties and take up farming to survive (see Neh. 13:10-13). God therefore exhorts Israel to test him by giving obediently. If they did, he would reward them as he did in the past.”

8. Isaiah 53:5 — “The punishment that brought us peace was on him, and by his wounds we are healed.”

Whereas most Christian scholars see this verse as a prophecy that spiritual wounds (sin) are healed (overcome) by the atoning work of Jesus on the cross, prosperity gospel preachers interpret it to mean that abundant faith will result in physical healing.

One of the most misunderstood verses by Christians more generally (see “Five Bible Verses You Need to Stop Misusing”), Jeremiah 29:11 is often used to promise good news, suggesting that God works every seemingly bad situation for our benefit in the not-so-distant future.

But this verse come amidst Jeremiah’s letter to the exiles in Babylon, and it would be 70 more years before they would return to home. The verse is not a promise to Christians today who lose jobs or experience heartbreak of any kind. It was a promise to the Israelites that God, on his own timetable and plan, would restore his people.

Similar to James 4:2, prosperity preachers misinterpret this verse to suggest that God will answer the prayers of the faithful. But Christians praying for financial wealth should consider the words of Jesus from Matthew 19:24: “It is easier for a camel to go through the eye of a needle than for someone who is rich to enter the kingdom of God.”

Jesus speaks the words in John 14:14 as a way of encouraging his disciples to spread the gospel of his kingdom. The verses before and after provide useful context: “Whoever believes in me will also do the works that I do” (14:12); and, “If you love me, you will keep my commandments” (14:15). 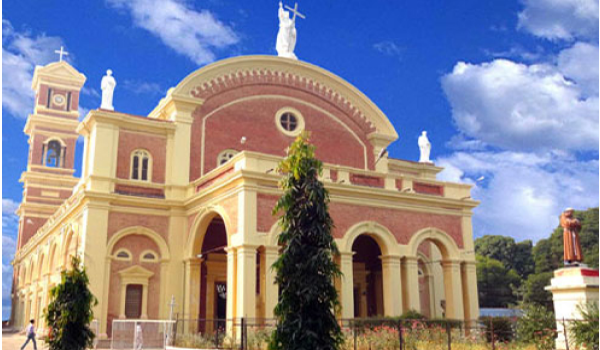