How much can the pope achieve in the time he has available?

It's widely expected that the pope will bring in some sweeping reforms. But where will he begin and how much will he be able to do? 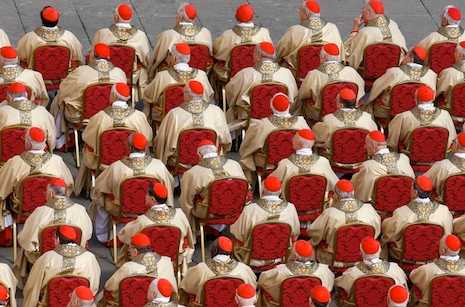 If Pope Francis is serious about reforming the Roman Curia, God bless him. Further, if he undertakes that reform with the poor in mind, the first question is not where might he begin, but how long has he got?

Of our nine popes since 1913, only Pius XII, John Paul II and Benedict XVI have made it to 82 or beyond. So the question about a 76-year-old pontiff isn't as impertinent as it first may seem.

Francis lives simply, walks quickly and walks a lot. Can we assume (to achieve Pius XII's 82 years) the new pope has six vigorous years to work with?

The first part of the conjecture looks then to the longer-term utility of significantly changing the makeup of his college.

Which traditional cardinalate sees might cease to get a cardinal? And which Vatican jobs that normally bring the coveted red hat might no longer get one? With apologies to Cardinals Edwin O'Brien and James Harvey (nothing personal intended), does the grand master of the Equestrian Order of the Holy Sepulchre of Jerusalem need to be a cardinal? Does the archpriest of St. Paul's Outside the Walls have to be a cardinal to get the job done? Perhaps so. But unless Francis expands the numbers for the College of Cardinals, someone will lose out down the road.

If he scans the world's 100 poorest countries the greater number are in Africa. No surprises there, and that offers possibilities.

A large number of poorer countries are predominantly Muslim. A friend of mine suggests that one way Francis could change the face of evangelization is to send all the bishops who have titular sees in North Africa over to North Africa to start their evangelizing in their other dioceses.

Further, Francis, if he wants to improve the church's influence in key areas of the world, could run his finger down a list of the world's 100 largest cities. He would see that Tokyo, with more than 13 million people, has no cardinal, while Malta, with 400,000 inhabitants, had one.

If Francis wants a caring church, he will have to see that caring bishops, pastoral men with simple lifestyles, are appointed. Unless he changes the system for the selection of bishop candidates -- by opening it up to wider consultation -- then the type of men in line to be cardinals doesn't change.

Currently, given the appointments of the past three decades, he doesn't have a large pool of compassionate pastor-types to draw from.

Full Story:Pope Francis' appointments will create church of the future