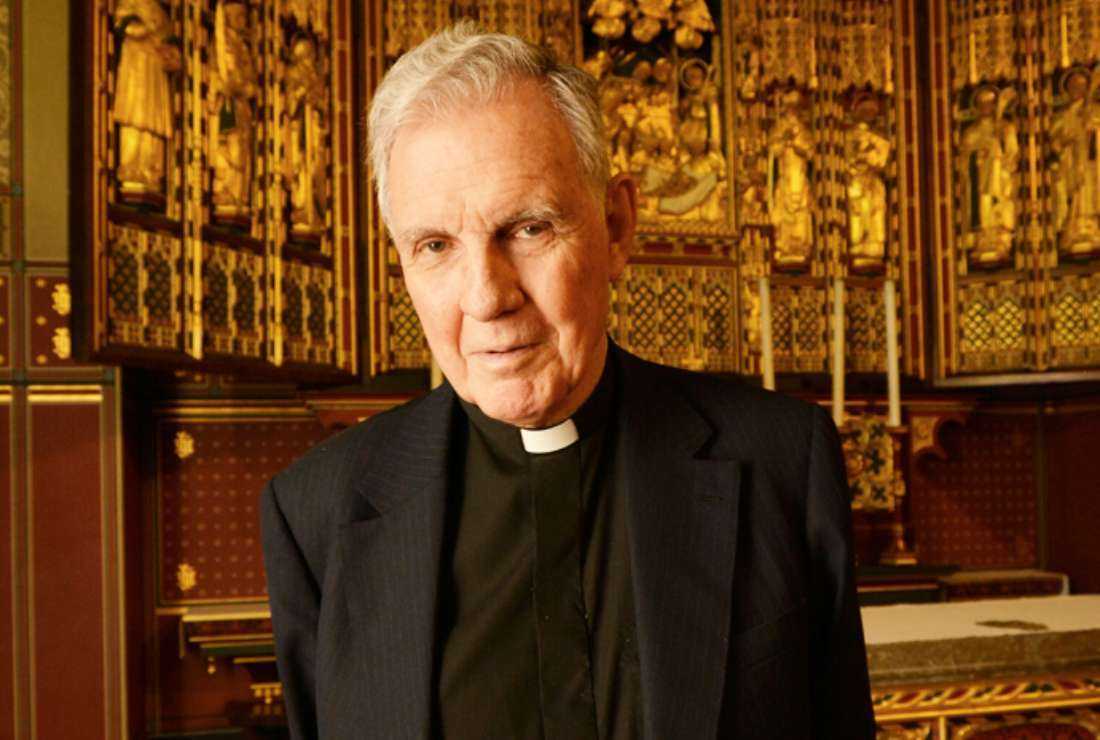 Anglican priest and former UK cabinet minister, Jonathan Aitken, has called on the international community to scrutinize and act as religious freedom in Hong Kong faces dangerous threats from the destructive forces of the Chinese Communist Party (CCP).

Aitken, 79, warned that “there are increasingly ominous signs” that religious freedom in Hong Kong is “next on the hit list by the destructive forces” of President Xi Jinping’s Chinese Communist Party (CCP) regime.

The former lawmaker from the Conservative Party (1994-97) made the comments during an address to the National Club in London on June 29, two days before the 25th anniversary of the British handover of Hong Kong to China.

Aitken said that “the skies are darkening for religious freedom in Hong Kong.” The imposition of the draconian National Security Law on Hong Kong two years ago has led to promised fundamental freedoms being “almost completely dismantled.”

The rule of law, he added, “has been undermined and any meaningful autonomy has been eroded”, he added. Many former legislators are in prison, press freedom has been destroyed and academic freedom and freedom of expression “brutally curtailed.”

The priest noted that Hong Kong was handed over to China with “solemn promises” made by Beijing to protect Hong Kong’s high degree of autonomy, freedom and the rule of law, enshrined in an international treaty, the Sino-British Joint Declaration, lodged at the United Nations.

“Today, a quarter of a century on from the handover, the whole world came to see that the Chinese Communist regime has systematically broken those promises and violated the treaty,” said Aitken.

Terming President Xi Jinping “ideologically a Marxist Nationalist and politically a brutal control freak,” Aitken said he is dedicated to ensuring that the Communist Party maintains its iron grip on power.

“He is ruthless in his silencing of all who exercise their freedom of expression to voice, let alone demonstrate in support of views different from that of the regime.”

He noted that President Xi and his regime are particularly hostile to faith groups.

Christians in mainland China now face the worst persecution since Mao’s Cultural Revolution of the 1960s, he said adding that persecution of Tibetan Buddhists, Falun Gong practitioners and Hui Muslims has intensified. Earlier this month domes and minarets of a mosque in Zhaotong City, Yunnan Province were blown up.

He also pointed out that China’s brutal persecution of Uyghurs is increasingly being recognized by international critics as genocide.

President Xi and his regime are behaving like “tough totalitarian thugs” towards faith groups and indeed towards all the beleaguered groups in China who seek any degree of personal freedom, he said, noting that this totalitarian approach has engulfed Hong Kong in recent years.

Freedom of religion or belief, enshrined in Article 18 of the Universal Declaration of Human Rights, is likely to be “the next freedom cherished by the people of Hong Kong to come under fire,” he pointed out.

Pro-Beijing media such as Ta Kung Pao have been publishing articles attacking churches in Hong Kong and threatening further restrictions, Aitken noted, and one church, the Good Neighbor North District Church, has been raided by police and the bank account of the church and its pastor were frozen by HSBC under pressure from the authorities.

Soon after the introduction of the National Security Law, Cardinal John Tong issued a warning to Catholic clergy to be careful in sermons and to “watch their language.”

In May this year, 90-year-old senior Cardinal Joseph Zen was arrested, which Aitken described as “a symbol of the regime’s anti-faith attitudes, not to mention Beijing’s total disrespect for a venerated 90-year-old spiritual leader.”

Jonathan Aitken served as a cabinet minister from 1995-1997 and was ordained as a Church of England priest in 2019.

He called upon the global community to watch out as religious persecution in Hong Kong is expected to intensify in the coming days.

“As we wait to see what happens next on the religious persecution scene in Hong Kong, let’s watch, pray and scrutinize,” he said.