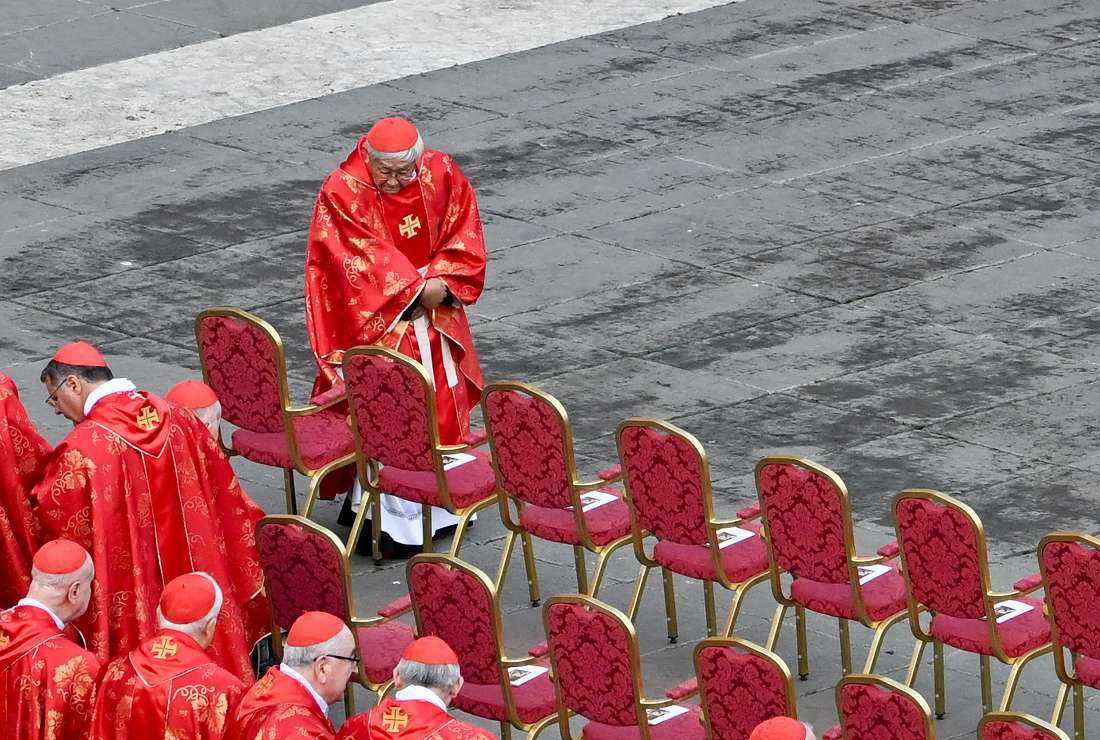 A 90-year-old Hong Kong cardinal who has criticized the Vatican's dealings with China received a private audience with Pope Francis on Friday, according to the Jesuit-run America Magazine.

Cardinal Joseph Zen, one of Asia's highest-ranking Catholics, is being investigated under Hong Kong's national security law after his arrest last year over a now-disbanded fund that helped pro-democracy protesters.

He is among the scores of democracy campaigners facing legal threats in Hong Kong as China stamps out dissent in the former British colony after huge and often violent protests in 2019.

Zen was at the Holy See to attend the funeral of former pope Benedict XVI, a trip that required special court permission.

His passport had been confiscated as part of the Hong Kong investigation after his arrest for "collusion with foreign forces".

Zen has accused the Vatican in recent years of "selling out" China's underground Catholic community after Pope Francis sought to improve ties with Beijing.

He requested a meeting with the pope in 2020 but was turned away. Their last reported private audience was in 2018.

Zen also spoke at Friday's meeting about visiting and baptizing some prisoners in Hong Kong's jails, which he had been doing for more than a decade, it said.

The cardinal was only allowed to be out of Hong Kong for five days and had to leave the Vatican on Saturday.

He was appointed cardinal by Benedict in 2006 and was part of the Vatican's working group on China, where Communist Party leaders seek to control a Catholic population estimated at around 12 million.

The Vatican reached a secretive deal with Beijing in 2018 allowing China to choose bishops on the mainland and then have Rome approve them.

Zen has been an outspoken critic of the deal, which was renewed last year.

He has not yet been formally charged with any crimes despite his arrest under Hong Kong's draconian national security law.

Zen and other trustees were fined in November for the lesser offense of failing to properly register the disbanded 612 Humanitarian Relief Fund.