The trial for the 90-year-old cardinal and four others detained under China's national security law will take place Sept. 19-23 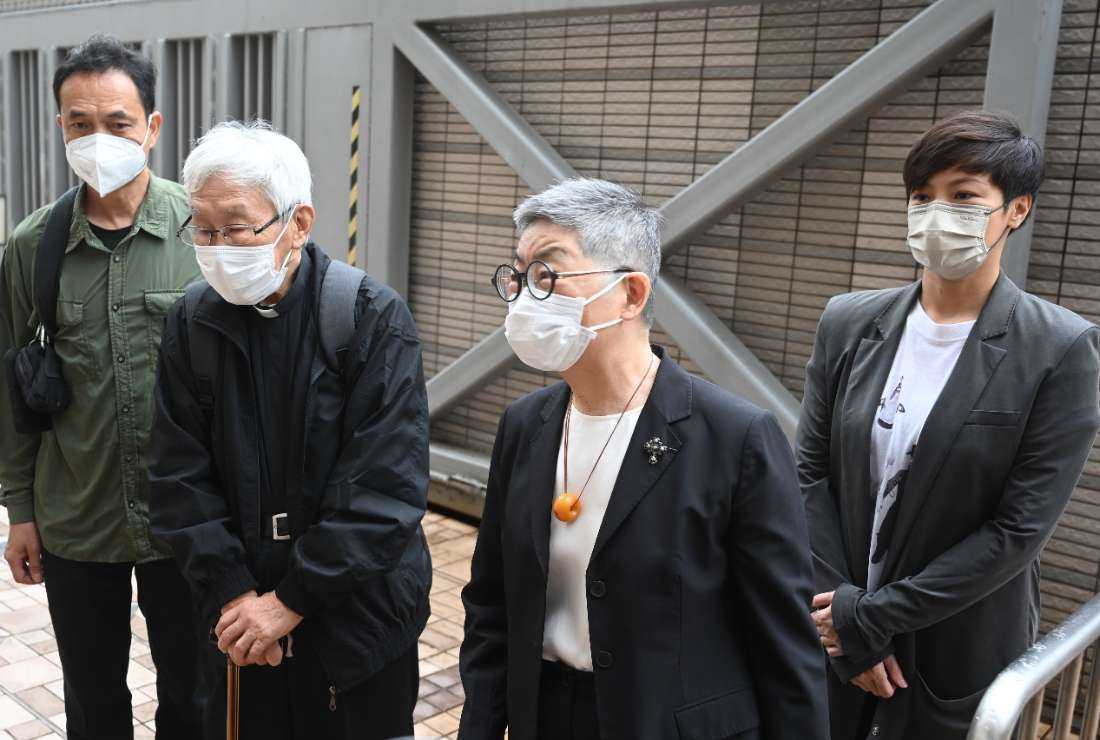 At a pre-trial hearing in Hong Kong, a judge set a five-day trial for Cardinal Joseph Zen Ze-kiun and four other defendants who face charges of failing to properly register a now-defunct fund to help anti-government protesters.

According to an Aug. 9 report by the Hong Kong Free Press news agency, Magistrate Ada Yim announced that the trial will take place Sept. 19-23 after asking prosecutors and the defendants' lawyers if five days would be sufficient for the court to hear the case. Both sides agreed.

The 90-year-old cardinal was detained May 11 under China's national security law. However, he and the four others were charged with failing to properly register the 612 Humanitarian Relief Fund, set up to offer financial assistance to those involved in anti-government protests in 2019. It was disbanded last year after coming under scrutiny by authorities.

Lawyers for both sides will argue whether the 612 Humanitarian Relief Fund fell under Hong Kong's Societies Ordinance, which regulates registered and exempted associations.

The Hong Kong Free Press reported that prosecutors and defense lawyers also will argue whether the defendants held any positions of authority within the relief fund.

The national security law made participating in or supporting the pro-democracy movement crimes of subversion and collusion with foreign organizations and allowed for those remanded to be extradited to mainland China. Punishment ranges between a minimum of three years and a maximum of life imprisonment.

All five defendants pleaded not guilty. If convicted of the improper registration, each defendant could incur a fine of about $1,300.

A longtime critic of the Chinese government, Cardinal Zen drew Beijing's ire for his continued critique of the Vatican's controversial 2018 deal with China regarding the appointment of bishops.

Originally signed in 2018 and renewed in 2020, the agreement reportedly allows the pope to approve or veto bishops nominated by the Chinese Communist Party. So far, only six bishops have been appointed, ordained and installed under the agreement; the last was announced in September 2021.

Cardinal Zen has said he was concerned the deal would "kill" the unofficial or underground church in China, whose leaders refuse to register with the state-run Chinese Catholic Patriotic Association.

Conversely, he said, the agreement also establishes that "in certain situations, it also accepts to meet particular needs, such as certain requests expressed by the political authorities."

Cardinal Parolin said that although an evaluation of the agreement's results was underway, "I think I can say that steps forward have been taken."

However, he admitted, "not all obstacles and difficulties have been overcome, and therefore there is still a long way to go for its proper implementation and also, through sincere dialogue, for its refinement."