Central district to be targeted if Beijing breaks promise 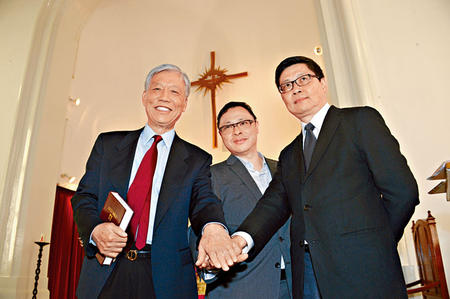 A controversial civil disobedience plan to rally tens of thousands of people to bring the center of Hong Kong to a standstill has been announced. It will be implemented if Beijing fails to keep its long standing promise to introduce universal suffrage in time for the next election of Hong Kong’s chief executive, which is set for 2017.

Beijing has so far given no concrete proposal on how universal suffrage will be implemented.

Legal scholar Dr Benny Tai Yiu-ting, the architect of the plan,  told a press conference at the Kowloon Union Church on Wednesday that ‘Occupy Central’ will go ahead in summer  2014, if Beijing fails to demonstrate real progress in fulfilling its promise.

The protest will be modeled on the anarchic ‘Occupy’ movements that have taken place in New York, London and more than 90 other cities worldwide since  2011. It will be absolutely non-violent said Tai, an associate professor of law at the University of Hong Kong. The organizers will begin promoting their campaign from next week and hope to persuade at least 10,000 people to join, he said.

“We shall be like preachers, communicating enthusiastically with different communities to convey universal values such as democracy,  universal and equal suffrage, justice and righteousness. We hope [Hong Kong people] will be willing to pay the price,’’ the South China Morning Post quoted Dr Tai as saying.

"Participants should resolve to accept going to jail - for how long, I  don't know,’’ he added.

Dr Tai already has the backing of religious figures including baptist minister Reverend Chu Yiu-ming and Chan Kin-man, a sociology professor at the Chinese University of Hong Kong, who helped launch the movement on Wednesday.

“In the face of injustice and strong government, we may be afraid. However, we will decide not to escape but to recover the dignity of life,” he said of the proposed protest.