Commentator says assault was part of campaign to muzzle press 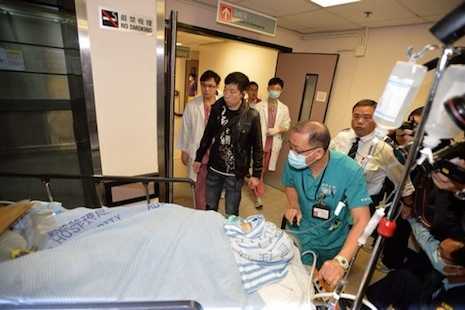 Journalists in Hong Kong are preparing to rally this weekend following the stabbing of the former editor of a prominent Chinese daily newspaper, which comes on the back of increasing warnings of a worsening press freedom situation in the self-administered territory.

Kevin Lau, who until his dismissal in January was chief editor of the Ming Pao daily, remains hospitalized and in critical condition, after being stabbed six times in the back on Wednesday by an attacker who fled with an accomplice on a motorbike.

Bruce Lui, convener of the Independent Commentators’ Association, told ucanews.com that the attack was likely to be related to Lau’s work.

“I would associate it with certain bold reports of Ming Pao and Lau’s agreeing to join the investigation of International Consortium of Investigative Journalists on the hidden wealth of top Chinese officials,” he said.

“The attempt to kill him shows that the culprit behind the scene wants to create chilling effect to muzzle the press,” he noted.

The Hong Kong Journalist Association is calling for citizens to join a territory-wide rally on Sunday, and is collecting signatures for a petition condemning the attack. Journalists were also asked to dress in black on Thursday as a sign of respect for Lau.

There have been nine attacks or threats towards journalists and media owners since Hong Kong’s handover to China in 1997, five of which happened last year.