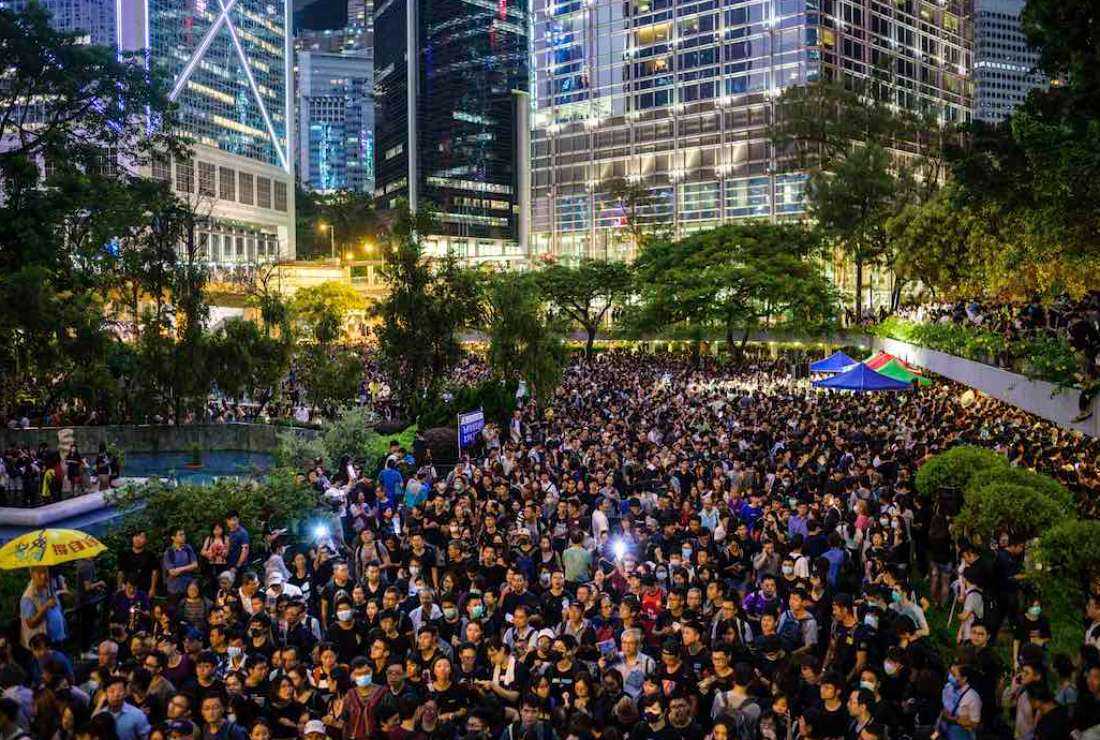 This file photo shows people attending a protest held by civil servants in the Central District of Hong Kong on August 2, 2019, against a planned extradition law. The protest quickly evolved into a wider movement for democratic reforms. (AFP / ANTHONY WALLACE)

Sedition is a colonial-era offense that has been dusted off to snuff out dissent after Beijing imposed a national security law on Hong Kong two years ago.

Over one-fifth of the 128 people prosecuted for national security offenses in the city faced charges such as "uttering seditious words" and "attempting to act with seditious intention".

Since the beginning of August, four civil servants have been arrested for sedition, including two men rounded up by the national security police on Tuesday.

The police said the pair, aged 28 and 29, were administrators of a social media page that allegedly disseminated seditious messages promoting feelings of hostility between different classes of the population.

As of Tuesday evening, the page had been taken down.

Police said five other men were also investigated in relation to the case and two of them — who were paramedics, according to local media — were arrested for suspected fraud.

The Fire Services Department confirmed that five of their staff members were under police investigation.

Last week, an Inland Revenue Department officer was brought to court over a sedition charge and denied bail.