Pope Francis during his Sunday Angelus prayer, in Vatican City on Jan. 31. In a recent interview, the pope said "China has always been a reference point of greatness." (Photo by AFP)

Cardinal John Tong of Hong Kong has defended a Chinese New Year message by Pope Francis to President Xi Jinping amid strong criticism by many ordinary Catholics who called it a whitewash of Beijing's poor record on religious rights.

Cardinal Tong said the Pope's recent interview with Asia Times praising China — and avoiding criticism — was in keeping with the spirit of the Second Vatican Council in the mid-1960s when the Holy See framed its relations with the modern world.

"[This] encourages dialogue with other religions as well as with non-Christians in a sincere and friendly manner," Cardinal Tong told ucanews.com.

Pope Francis' praise of China's "wisdom" and "culture" comes at a delicate time in Vatican-Chinese relations. A third round of talks between both sides took place on Jan. 25-26 but Taiwan's ambassador to the Vatican, Matthew Lee, has since told ucanews.com that there has been "no particular advancement" in the dialogue. Which side decides bishop ordinations remains the key sticking point.

A Catholic in northern China who spoke to ucanews.com, and who declined to be named for security reasons, said the pope's interview appeared to be "appeasing the communists." Another Catholic source in Wenzhou said it was "definitely not" the time for China-Vatican talks amid a continuing cross-removal campaign in Zhejiang province where more than 1,500 church crosses have been removed since late 2013.

The pope made no reference to the campaign, or the contentious issue of bishop ordinations, during the interview with Asia Times.

Instead, he focused on the idea of the world accepting China's rise and in turn alluded to the benign relationship the world — and the Vatican — might hope to have with it.

"For me, China has always been a reference point of greatness — a great country. But more than a country, a great culture, with an inexhaustible wisdom," he said.

The interview was "just courtesy" to China, said Lina Chan, secretary-general of the Hong Kong Diocesan Justice and Peace Commission. 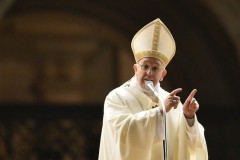 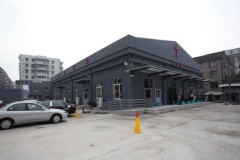 "The party is using 'culture' to consolidate the regime," she added.

The pope's message was well received by some others in the church.

"I hope relations could be improved soon and that the pope could visit China someday," said Bishop Paul Liang Jiansen of Jiangmen in Guangdong province, who described the pope's message to China as "something positive."

Li Wen-long, a lay leader in the Tangshan Diocese in northern Hebei, the most heavily populated Catholic province in China with some 1 million Catholics, said he hoped that Chinese President Xi Jinping would listen to the pope's message.

"He said Chinese people are wise … and therefore, wise people should not do silly things against the will of God," he said.