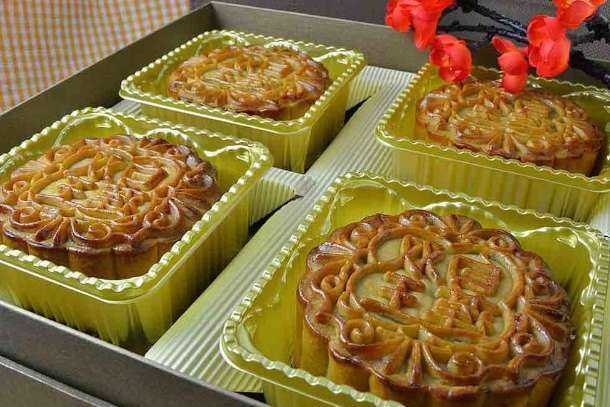 Mooncakes are a Chinese delicacy distributed among friends and relatives during the Mid-Autumn Festival that falls on Oct. 1 this year. (Photo: pikist.com)

Hong Kong's Cardinal Joseph Zen, a staunch critic of the Chinese Communist Party (CCP), has been stopped from his customary cake distribution among prisoners this year after being told that his action was politically motivated.

The former bishop of Hong Kong has distributed traditional mooncakes to prisoners since 2010 ahead of the Mid-Autumn Festival, which this year falls on Oct. 1.

However, the city's Correctional Services Department (CSD) has stopped the donation campaign, saying it is politically motivated, the cardinal said in a blog.

The cardinal, who supports the pro-democracy movement in the city, said his mooncake gifts to prisoners had no political intention but aimed to reassure prisoners that people had not forgotten them.

For the past nine years, the cardinal has used social media to solicit donations from the public to distribute mooncakes to all prisoners without discriminating against them based on faith or politics.

As usual, a month ahead of the festival, he began publicizing the campaign on his blog, Facebook page and in a weekly diocesan newspaper by appealing for donations from parishioners and the general public.

But the cardinal said on Aug. 31 he received a letter from the CSD asking him to halt the donation campaign because of its political nature.

Some people who joined the cardinal's campaign appealed for mooncakes to be given to "the brothers behind bars." The usage in Chinese could also mean those arrested and jailed during pro-democracy protests in the former British colony.

The China-administered city has witnessed massive protests in the past year by people seeking to retain its democratic system.

But the CCP, determined to choke the movement, imposed a national security law on July 1 outlawing any public demands for Hong Kong's freedom. Hundreds of people have been arrested and jailed in a massive crackdown on the movement.

Cardinal Zen ruled out any political discrimination in his mooncake distribution, explaining that prison officials always insisted that the mooncakes be uniform and consistent, and should be given to all prisoners.

The church leader said he followed directions by ordering the same kind of cakes from a firm known to him. He also accepted only money, not cakes, as a donation for this reason, he said.

In the past nine years, inmates have been looking forward to the mooncakes, the cardinal said. Each time he visited them, they would enquire if they would get mooncakes during the annual festival.

"It was not because I gave them mooncakes but the meaning of the mooncakes was that people had not forgotten them," the cardinal said in his blog.

He said he was "most unhappy to disappoint the inmates this year." But it may help widen the net "to more helpless and forgotten people such as street sleepers and poor families so that everyone can taste a little sweetness in their bitter life."