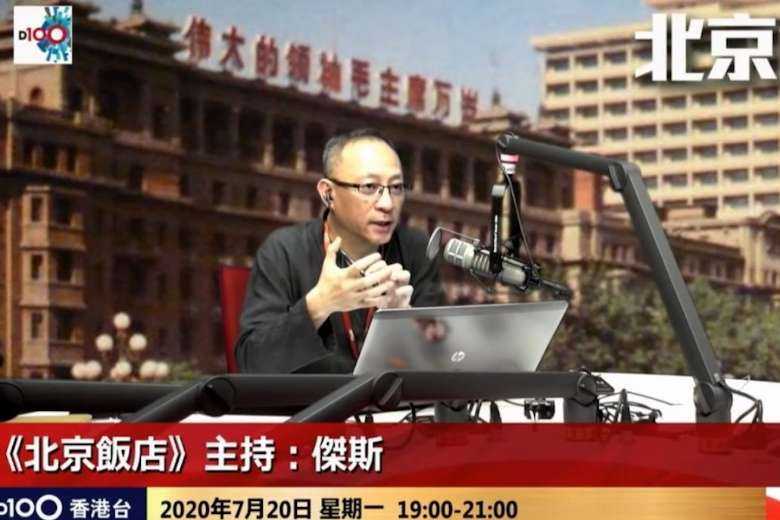 Police in Hong Kong have blocked the website of a Taiwan-based church after accusing it of having links to a national security case and pro-democracy protesters in the Chinese-ruled city.

Wen Wei Po, a Chinese state-owned daily run by Beijing’s Hong Kong Liaison Office, reported on April 25 that access to the website was blocked for breaching the national security law — draconian legislation that triggered months-long protests and a heavy-handed crackdown in the former British colony.

The Presbyterian Church in Taiwan is accused of involvement in the national security case of radio host Edmund Wan, who launched a crowdfunding project last year to support Hong Kong protesters to study in Taiwan, reported Apply Daily.

Wan, 52, popularly known as “Giggs,” was the host of popular internet radio channel D100. He was arrested on Feb. 7 and faces four counts of acting with seditious intent stemming from programs he presented on four occasions between August and October last year.

A Hong Kong court denied him bail on Feb. 10 despite his plea on medical grounds and ordered him to be held in police custody until May 10.

According to the Wen Wei Po report, Wan’s crowdfunding campaign raised more than HK$10 million (US$1.29 million) and around HK$4 million was transferred to the Taiwan church’s bank account.

The church is accused of “encouraging Taiwanese separatists and aiding Hong Kong rioters and extremists.”

A Presbyterian Church official said that the website’s blocking restricts its efforts to help those desperately in need of help and feared that Beijing was expanding its internet firewall in Hong Kong.

“Hong Kong residents frequently leave messages on our website, often asking for help. Blocking the site like this is a warning sign that Beijing is extending more mainland China-style restrictions to Hong Kong,” Pastor Huang Chun-sheng said, according to Taipei Times.

The church said that Hong Kong residents are unable to access the site directly but it can still be loaded by using a virtual private network.

The blocking of the site is the second internet crackdown by the pro-Beijing Hong Kong administration on allegations of breaching the national security law this year.

On Jan. 6, HK Chronicles, a website which has been documenting information related to pro-democracy protests over past two years, was blocked for “potentially harming national security or inciting such a crime.”

Meanwhile, the official website of the Democratic Progressive Party, as well as the recruitment page of the Ministry of National Defense’s website, have also been blocked in Hong Kong, according to Taipei Times.

Taiwan is a sovereign, democratic nation, though it has never officially declared independence. China still considers Taiwan as one of its provinces and has threatened to annex it militarily.

Relations have soured further recently as Taiwanese President Tsai Ing-wen publicly supported pro-democracy protests in Hong Kong and promised to offer sanctuary to Hong Kong residents who flee to Taiwan to escape a crackdown by the city’s pro-Beijing authorities.