Rohingya Muslim refugees arrive from Myanmar through Lomba Beel after crossing the Naf River in the Bangladeshi town of Teknaf in September 2017. (Photo: AFP)

Share this article :
Home is a place always close to our hearts, not only because we were born, grew up and belong there but also because home is where there is love and care. Our homeland is an extended version of home, which in addition invokes our patriotism. Due to the Covid-19 pandemic and long lockdowns, we have been staying home not only because we love and care but mostly to save lives. But this long confinement at home has not been loving and caring for everyone as people are under pressure from loss of work and income, mental anguish and fear of death. The troubles are even more dire for tens of thousands of internal and overseas migrant workers who returned home penniless and hopeless. Despite this turmoil, people should remain calm and consider themselves luckier than the millions of poor souls around the world who are deprived of home and homeland.
Related News Fighting the viruses within us 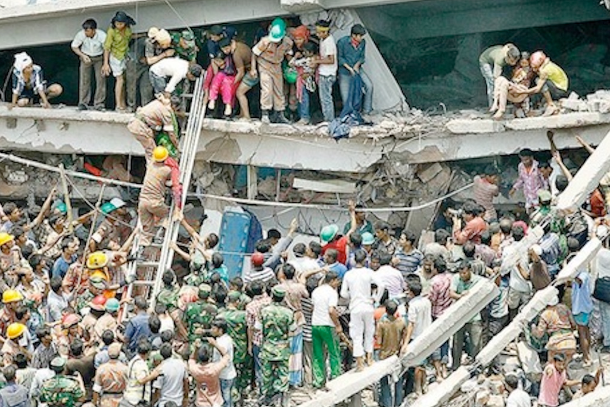 There are nearly 70.8 million forcibly displaced people in the world, according to United Nations refugee agency UNHCR. People are displaced by natural disasters and conflicts, and they are referred to by many names — refugees, stateless, internally displaced persons, asylum seekers, etc. Maybe we should call them aliens, because they are alienated from what we all love — home and homeland. No place to call home During Britain’s 1947 partition of India, thousands of Urdu-speaking Muslims (popularly called Biharis) were forced to migrate to East Pakistan (now Bangladesh). The discriminatory policies of Urdu-speaking West Pakistani ruling elites triggered a strong Bengali nationalist movement and hatred grew against anything associated with the establishment. Biharis’ language and culture put them in the line of fire. The troubles intensified during the 1971 Bangladesh War of Independence when some Biharis sided with Pakistan’s army and were accused of committing war crimes. Biharis faced the wrath of Bengali freedom fighters, forcing the Red Cross to come to their rescue. Biharis were put in extremely congested and dirty dozens of refugee camps. In 2008, Bangladesh High Court allowed citizenship for Biharis, but conflict emerged — older ones still want to settle in Pakistan, which is almost impossible, and the younger generation prefer staying put. Five decades on, some 300,000 Biharis continue to languish as refugees. They call themselves “stranded Pakistanis” even though their country didn’t want them and an effort to repatriate them yielded no fruit amid diplomatic unwillingness. Rohingya Muslims have lived in Rakhine state of Myanmar for centuries, yet they are branded illegal immigrants, denied citizenship and forced out brutally from what they called their homeland. Thousands of Rohingya were born and grew up in the refugee camps of Bangladesh, Pakistan, Malaysia, Saudi Arabia and elsewhere. Their unwilling hosts consider them as unwelcome guests, even a burden. Only a few Rohingya managed to become citizens in their host countries and most really don’t know if they will ever be able to call a place home.

A Bihari refugee man and a child are seen in an alley of Geneva Refugee Camp in Bangladesh’s capital Dhaka. (Photo: Stephan Uttom/UCA News) Partition and alienation   The 1947 British partition of India created about 15 million refugees — Hindus and Sikhs to India and Muslims to Pakistan. About two million either perished in bloody communal violence or died on their way. During the India-Pakistan War in 1965 and Bangladesh War of Independence in 1971, millions of people, mostly Hindus, fled to India as refugees. While most of them returned home after the wars ended, a significant number stayed put. Like the Bihari Muslims, many Bengali Hindus from East Pakistan faced discrimination and failed to make a better life in India. Thousands have lived and died of diseases in ghetto-like refugee colonies set up in various parts of India, especially in West Bengal. Many of their descendants still languish in abject poverty. In recent decades, tens of thousands of refugees including persecuted Rohingya, Tibetans, Tamils from Sri Lanka, Hindus from Pakistan and Afghanistan have also settled in various parts of India. Pakistan is home to up to 1.5 million refugees from decades of wars in neighboring Afghanistan and about 200,000 Bengali refugees from Bangladesh’s 1971 war living in Karachi’s slums. Pakistan’s military regimes and Islamic terrorism have made thousands of religious minorities and liberal Muslims flee the country as refugees. Sri Lanka’s 26-year civil war created tens of thousands of internal and external refugees and the scars continue to linger with a lack of rehabilitation and reconciliation. Bhutan might look relatively happy and peaceful, but it has a dark past. In the 1990s, Bhutan violently expelled about 100,00 Lhotshampas (ethnic Nepalese), forcing them to live in Nepal as refugees. Many have resettled elsewhere but most still live in camps. The Catholic Church Despite almost all South Asian nations having refugees, most of them including Bangladesh, India and Pakistan have not signed refugee conventions and have failed to address refugee issues through comprehensive national and regional policies. The South Asian Association of Regional Cooperation, a sleeping giant largely because of bitterness between India and Pakistan, has also failed. Christians are a minority in South Asia, yet except for Bhutan and Afghanistan they have a notable presence with relatively well-placed agencies. The Catholic Church and its agencies like Caritas have been working among refugee communities. In general, the Catholic Church globally has been more active in response and programs for refugees since Pope Francis made refugees and migrants a priority of his pontificate. In addition to constantly denouncing the “globalization of indifference” that is “more elitist, more cruel to the excluded,” the pope set up the Desk for Migrants and Refugees in 2017 to support the Church’s response to refugees and migrants. The Office of Human Development of the Federation of Asian Bishops’ Conferences (FABC) last year held a pan-Asian conference in Bangladesh to formulate a common framework for Asian churches to respond to issues including migrants, refugees and human trafficking, to be finalized at the FABC meeting in 2020. The Church in Asia is small, so awareness about refugees and migrants within itself won’t suffice. It needs to partner like-minded groups and raise a strong and coordinated voice through lobbying and advocacy for a legal framework for refugees and migrants in Asia. It should also think more about expanding services to communities it has never worked with, such as Biharis.  Perhaps it is the Church’s true calling as Christians call themselves disciples of Jesus, who was also a refugee and fled persecution.