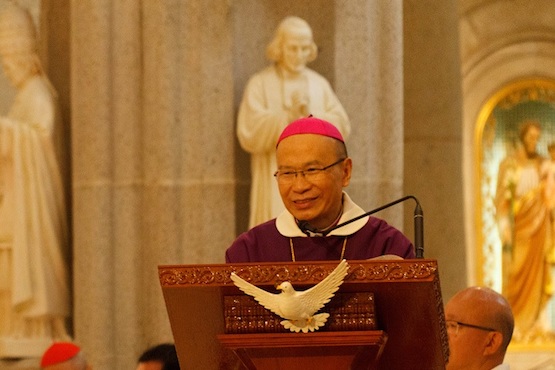 Hong Kong Bishop Michael Yeung Ming-cheung in his advent message Dec. 3  announced 2018 as the Year of Youth in his diocese.

The declaration was in line with the 2018 Synod on Young People, Faith and Vocational Discernment and Pope Francis' exhortation.

The Year of Youth commenced on the first Sunday of Advent 2017 and will close on the feast of Christ the King 2018.

In his first pastoral letter, Bishop Yeung stressed the importance of continuing dialogue with young people. "You, the young people, are our hope," he said.

He also said in the letter that he had met many youths who gave him valuable opinions, including strengthening contact with young people via digital media; greater youth participation and organizing youth festivals.

The bishop said in the letter that he agreed with what the youth said and promised to make every effort to achieve what they had suggested.