Victims of persecution are often accused of serious crimes such as sedition and insulting religions, according to new report 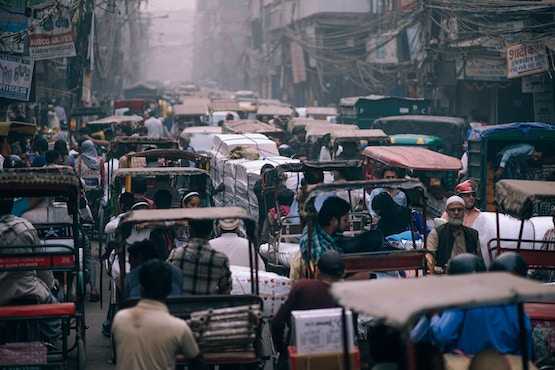 Christians feel increasingly unsafe in India amid a rise in Hindu nationalism that often leads to physical attacks. (Photo by Igor Ovsyannkov/unsplash.com)

Hindu attacks on Christians in India have doubled in the past year as part of an unprecedented trend to portray Christians as acting against the state, its religious tolerance and national ethos, according to a newly released report.

The country recorded 736 incidents of attacks against Christians in 2017 against 348 in 2016, according to data from Persecution Relief, an ecumenical forum that records Christian persecution in India and helps victims.

Most police complaints filed against victims accused them of crimes such as sedition, working against religious tolerance, discriminating against people, acting against national integration, defiling places of worship and insulting religions, the report revealed.

"It is a new trend to accuse Christians of serious crimes," said Shibu Thomas, founder of Persecution Relief. If sedition charges are proved, the accused can get life terms in prison, he told ucanews.com.

Filing such complaints "is a clear indication that those opposed to Christians want to portray them as serious threats to the nation's safety and security," Thomas said.

Christian leaders say violence against their people increased after the pro-Hindu Bharatiya Janata Party (BJP) came to power in 2014 with the support of Hindu groups who want to make India a Hindu-alone state. These groups attempt to present religious minorities like Christians and Muslims as unpatriotic.

Christians suffered violence throughout India in the past year as violence was reported from 24 of its 29 states.

Most incidents were "daring physical attacks" on church leaders and members, the report said.

Uttar Pradesh in northern India, where the BJP came to power in 2017, recorded 69 attacks, up from 39 incidents in 2016 when the socialist Samajwadi Party was in power.

Madhya Pradesh, where the BJP has governed for 15 years, recorded 52 incidents, an increase of 54 percent from 2016, while Tamil Nadu recorded 48 incidents, up 60 percent.

Pastor Anil Andrias, who works in Uttar Pradesh, told ucanews.com that since firebrand BJP leader Yogi Adityanath became chief minister, the state has become an unsafe place for Christians because Hindu groups believe they have the support of the government.

"Christians are not safe anymore in India under the current situation," he said, noting that the BJP is in power in New Delhi and leads the governments in 19 of India's 29 states.

"Christians' struggles will certainly multiply if the ruling dispensation retains power after the 2019 general election."

Andrias said typical attacks involved Hindu activists opposing prayer gatherings and physically attacking Christian leaders and congregations who defied orders not to gather. Christians are beaten, their small churches are burned and in some cases social prohibitions are imposed on them, the pastor said.

"They threaten believers and their leaders with measures like social boycotts if they practice Christianity," he said.

Christians are denied government welfare schemes and restrained from collecting water from public water sources or using public roads as part of the harassment, Andrias said.

"In 99 percent of cases, they bring false witnesses and charge victimized Christians with serious offenses like sedition," he said.

"When victims reach for police help, they find themselves accused of violations. 'It is you who have done it,' police say. This is a dangerous sign. Unfortunately, the police are in league with fanatics and elected members support their actions."

However, Sheela Santiago, a Catholic and a BJP leader in Madhya Pradesh, said her party and its members were not involved in any incidents against Christians. "The BJP is a national party that works for all without any discrimination."

She admitted that "some hard-line Hindu groups" were involved in incidents because of their misunderstanding that Christians are involved in converting Hindus using force or allurement.

Christians account for 2.3 per cent or 29 million of India's population of 1.3 billion, some 80 percent of them Hindus.