Hepatitis remains a vicious and frequent killer in India

World Hepatitis Day is a reminder that urgent action is required 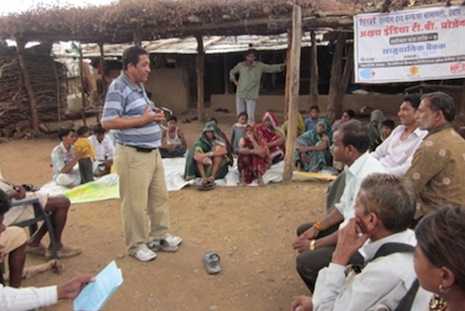 Each day in India an average at least 1,700 people die of hepatitis, making it the disease that kills more people in India than any other disease. And yet, widespread ignorance and inaction fail to prevent the spread of this liver infection that annually kills some 640,000 people, just with two of its varieties: Hepatitis B and C.

Despite the death rates being so high, most people who carry the virus are unaware of their infection and are at risk of developing chronic liver disease, which has no cure. Moreover, they may also unknowingly transmit the virus to other people. Creating awareness is the primary step.

Aiming to create awareness, a global forum called World Hepatitis Alliance instituted World Hepatitis Day in 2008 along with the World Health Organization (WHO), and has been observed annually since then on July 28. "This is hepatitis. Know it. Confront it" was the theme this year, a theme it has continued since 2010.

Hepatitis is an infection of the liver caused by any of half a dozen viruses -- A, B, C, D, E, or G. It is a global problem with 66 percent of all the world's population living in areas where there are high levels of infection. Hepatitis B and C are the most common causes of liver cirrhosis and cancer.

Blood transfusions are one of the mediums for the spread of disease.  Unsafe injections, tattooing and sexual contact also cause its spread.  Newborns are at risk of infection from mothers if no medical precautions are taken.

WHO estimates that viral hepatitis kills close to 1.4 million globally. Close to 1 million of those deaths happen in the Asia-Pacific region, and reportedly death rates are on the rise. Some 350 million people in the world live with hepatitis B, and 170 million with hepatitis C. Millions have chronic infection, millions are at risk, millions carry the virus and millions succumb to the infection.  And yet, we see not much governmental action on its prevention.

Reining in hepatitis has to be done on a war footing, as it will put a heavy strain on the gravely over-burdened health care delivery system. The infection is costing billions of dollars in lost productivity. Poor and developing countries, especially in Asia and Africa, bear the brunt of it.

Along with curative measures, educative efforts need to be emphasized simultaneously. Any amount of clinical and diagnostic intervention alone will not succeed in controlling the problem. Education about the disease is an essential primary step.

Centering on a community approach, the Catholic Health Association of India (CHAI), has been focusing on communicable or infectious diseases right from its inception in 1943.

More networking and awareness campaigns are needed to check the spread of the disease.

Father Tomi Thomas is a member of the Indian Missionary Society and director-general of the Catholic Health Association of India,  a network of Catholic health facilities