Hear the voices of the oppressed

The Universal Declaration of Human Rights has yet to be embraced 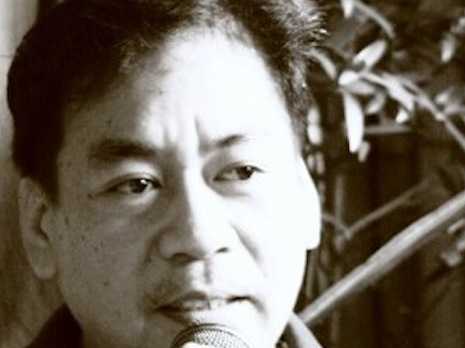 Since 1950, the United Nations has commemorated the historic adoption of the Universal Declaration of Human Rights as a “common standard of achievement for all people and all nations.”

Ironically, on its 64th anniversary today, millions of people around the world still long to realize at least the most basic of this common standard for humanity: the recognition of the “inherent dignity and the equal and inalienable rights of all members of the human family as the foundation of freedom, justice and peace in the world.”

The continuing uprisings in the Arab world, the protests sweeping major cities and urban centers in Europe, the Americas and Africa, the continuing difficult situations in Asia, all highlight deficiencies of human rights in governance and the non-recognition of peoples’ aspirations for inclusion and a desire for meaningful participation in public affairs that affect their lives.

Public demonstrations and assemblies are deeper than mere assertions of the individual's civil, political, economic and cultural rights. They are demands to take part in decision-making, an assertion of a sovereign power that is abused by many state leaders.

Instead of settling issues through genuine dialogues and consultations, most governments trample basic freedom of expression, assembly and association in the guise of “national interests and security.”

Lately in Singapore, human rights defenders and bus drivers, He Jun Ling, Gao Yue Qiang, Liu Xiangying and Wang Xian Jie, who were employed by the state-controlled public transport operator SMRT Ltd., were charged in court with "inciting an illegal strike" among their co-workers. They protested against poor living conditions in company dormitories and low wages.

They were calling for environmental protection and reclaiming their lands that were confiscated by the joint venture of China’s Wanbao Company and the military-owned Union of Myanmar Economic Holdings Ltd.  There is continuing ethnic violence in Rakhine state and persecution of Rohingya people.

In the Philippines, extrajudicial executions of human rights defenders and mining activists continue. Armed men believed to be hired goons, or associated with private armies and paramilitary groups, carry out most of the killings. Appalling violations are perpetrated by soldiers acting on behalf of private corporations and/or on mere suspicions.

Elsewhere in Asia, lesbians, gays, bi-sexual and transgender groups are condemned for their sexual preferences as anathema to Asian values and culture.

In Cambodia, authorities resort to intimidation, threats and harassment of both local and international civil society organizations from participating in the ASEAN Grassroots People’s Assembly and the ASEAN Civil Society Conference/ASEAN People’s Forum, that coincided with the 21st ASEAN Summit. Authorities threatened to arrest anybody participating in public protests during the summit.

ASEAN countries last month adopted a Regional Human Rights Declaration that falls short of the minimum standard set by the United Nations. It hides behind three general principles of national security, cultural relativism and public morality that severely hampered the promotion and protection of human rights in the region. It claims national sovereignty supercedes human rights.

Not heeding the peoples’ right to be heard shows the governments’ wanton abandonment of their obligations to facilitate the full realization of human dignity, the strengthening of democracy and the creation of a free society. Let our cries be heard; let our voices count.

Dr. Renato Mabunga is chairman of Human Rights Defenders, a lobbyist at the UN Human Rights Council and a regional educator on human rights