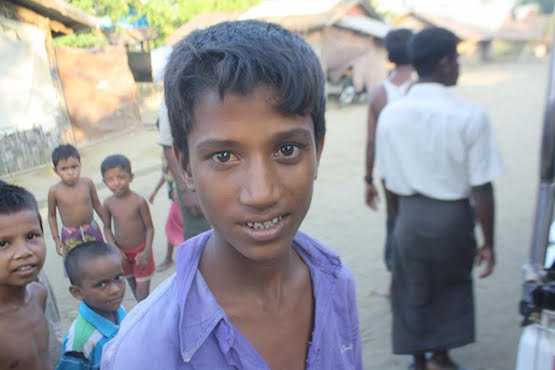 Hard-line Buddhists in Myanmar have concerns that Aung San Suu Kyi's National League for Democracy (NLD) government will bow to international pressure and amend the country's controversial 1982 citizenship law, opening the door for up to 1 million Muslim Rohingyas to be granted full rights.

The 1982 law says that only ethnic nationalities, and others whose families entered the country before 1823, are entitled to Myanmar's citizenship.

The current government and the Buddhist Rakhine community do not recognize the Rohingya as one of the country's official ethnic groups, instead identifying them as 'Bengali' because they are considered illegal immigrants from neighboring Bangladesh.

Pe Than, a lower house member of parliament from the hard-line Buddhist Arakan National Party, said that the NLD-dominated parliament is likely to prioritize amending the 1982 citizenship law because of pressure from the international community and rights groups.

"We are ready to fight back on it as we have vehemently called for not amending the law because we need to scrutinize illegal migrants," Pe Than told ucanews.com. "And we also need to consider our race, sovereignty and security." His party won dozens of state and federal seats in Rakhine state where the vast majority of Rohingyas live.

Tun Tun Hein, a member of the NLD central committee, said he was aware of concerns raised by some groups but claimed party leaders had not yet discussed the 1982 citizenship law.

"There are many citizenship laws in the country and we need to observe all laws and consider whether all are needed," Tun Tun Hein, who is the new head of the lower house's bill committee said.

Shay Ray Shu Maung, a Catholic and upper house NLD member of parliament from Kayah state said: "We need to discuss with legal experts and listen to the voices of people on amending the 1982 citizenship law."

While temporary "white card" identity documents had allowed Rohingya to vote in previous polls, the government revoked these documents earlier this year. This effectively disenfranchised hundreds of thousands of Rohingya.

When the state parliament in Rakhine was convened Feb. 8, two Arakan National Party members were chosen as speaker and deputy speaker, giving the party some legislative power.

Kyaw Hla Aung, a former aid worker in Thetkaepyin, a camp for displaced Rohingya near Sittwe, said that he doesn't accept the 1982 citizenship law as meaning Rohingya Muslims can't be a citizen of Myanmar.

"Rakhine people don't want Muslims to stay in Rakhine state so they are pushing for sticking to the controversial citizenship law. But this is the legacy of the former military dictatorship, Gen. Ne Win and the law must be all inclusive and not discriminate against a religious minority," Kyaw Hla Aung told ucanews.com.

Hard-line Buddhist monks from the Committee of the Protection of Race and Religion, known as Ma Ba Tha, have been at the forefront of the anti-Rohingya campaign. The monks have pushed for legislation of four race and religion laws that target the minority.

U Parmaukkha, a committee member, said he has no concern that the government would abolish the four religion laws.

"These laws aim to protect our own race and religion and don't attack other religions. So it was necessary to enact them," U Parmakkha told ucanews.com.