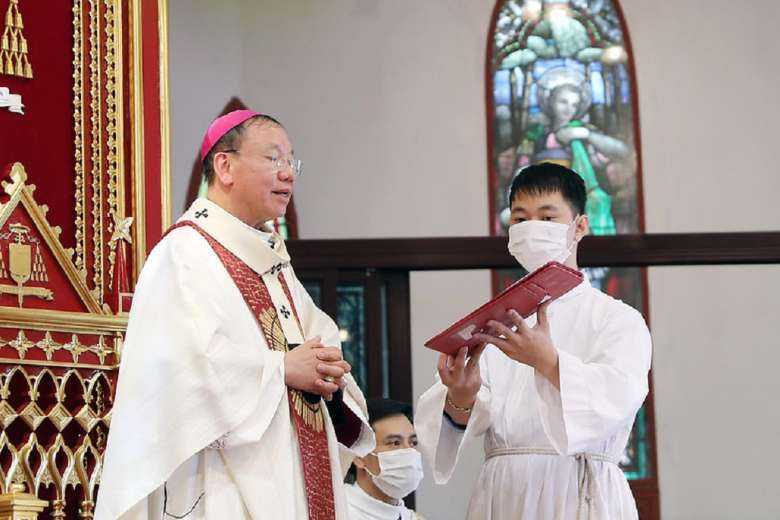 The archdiocese in Vietnam’s capital has opened a special synod lasting one year to mark two significant milestones in its history and make pastoral plans for the future.

“This is an excellent opportunity for us to review the historical periods that left many indelible imprints on the Vietnamese Church, especially the Archdiocese of Hanoi," he said. Local people will have a better understanding of their ancestors' faith life and keep alive the faith tradition in their mission of preaching the Gospel of salvation.

“We are also more responsible for studying, living and expressing our faith in a turbulent and fast-changing society with positive and negative influences,” he said. In that context, renewing the faith life is essential for local Catholics to find a direction, and be faithful to the mission of evangelization.

“We think and act together to renew and build organizational structures with the aim of building communion among all members of God's people, opening a dialogue with other religions and social organizations in order to present the image of a Church that is open, sincerely committed and journeys with the nation for compatriots' sake,” he said.

Noting that the Ke So Council showed that solidarity built up great strength and produced positive results for apostolic activities, the prelate said the archdiocesan synod will be a milestone in the local Church's history, a proud continuation of ancestors' tradition and shape a promising future for local people.

Archbishop Thien said the synod will emphasize the pastoral dimension, which includes looking back at the past with deep gratitude to God and ancestors, discerning current challenges through the lens of faith.

It also aims at renovating administrative structures and faith practices to suit the faithful's consciousness in modern times.

He said proper pastoral orientations are to support local people in living out faith in the new social context, stimulate evangelization activities and create a civilization of love in the nation.

He said the synod will take St. Peter Truong Van Duong as its official patron. Born in So Kien Parish in 1808, the young catechist was killed for his faith on Dec. 18, 1838, when he was 30.

He said recognizing the saint as the synod's patron aims at upholding the laity's role in all activities of the local Church, and inviting all people, especially youths, to follow the saint's shining examples by studying Catholic teaching to deepen their faith and introduce faith to other people.

He said seminars on pastoral issues will be held for local people in seven deaneries with 173 parishes in 2022 as necessary preparations for the synod's congress from Nov. 19-24, 2022. A thanksgiving Mass concluding the synod year will be held at So Kien Basilica.

The Ke So Council, which drew six bishops and 12 priests from then seven northern dioceses of Bac Ninh, Bui Chu, Hai Phong, Hanoi, Hung Hoa, Phat Diem and Vinh in November 1912 at the previous Ke So Cathedral, now So Kien Minor Basilica in Ha Nam province under Hanoi Archdiocese's administration.

The council aimed to provide pastoral instructions for local Catholics to live out their faith and integrate themselves into a new situation after bloody persecution against them ended.

It issued official regulations on responsibilities and duties of local clergy, missionaries, catechists, seminaries and orders, and on celebration and reception of the sacraments of baptism, confirmation, Eucharist, confession, anointing, ordination and matrimony.

Priests were requested to take care of people's faith life: diligently attending Masses, abstaining from unnecessary servile work and business, fasting and abstaining from meat, caring for neophytes and steering clear of superstitions.

Council participants provided practical guidelines on management of church properties and records, and encouraged priests and religious to set up schools, orphanages and hospitals.