Hacked to death for dating her cousin Honor killings have nothing in common with Indonesian culture or its history. (Photo: Unsplash)

The tragic murder of a 16-year-old schoolgirl will sorely test the judiciary in Indonesia, where Islamic hardliners are increasing their grip on a moderate society deeply upset by what has been described as the country’s first honor killing.

Brothers Rahman and Surianto are facing the death penalty for hacking and beating to death their sister Rosmini binte Darwis on May 9 with a log and a machete as her family watched the murder in their home. Their case is expected to be heard early next month.

The age of consent in Indonesia is 15, and at 16 Rosmini was entitled to do what she wanted. That included dating her cousin Usman, which enraged her brothers. As she was under 18, that makes her a child in Indonesia, where child killings carry the death penalty.

This type of ultraconservatism deserves comparisons with Wahhabism in Saudi Arabia and other strains of Islam used as an excuse in the Middle East and countries like Pakistan and Afghanistan to justify such murders and to control women.

The United Nations says there are about 5,000 honor killings each year and nearly all go unreported. However, according to the police and NGOs, this type of killing has nothing in common with Indonesian culture or its history that dates back to the last ice age. 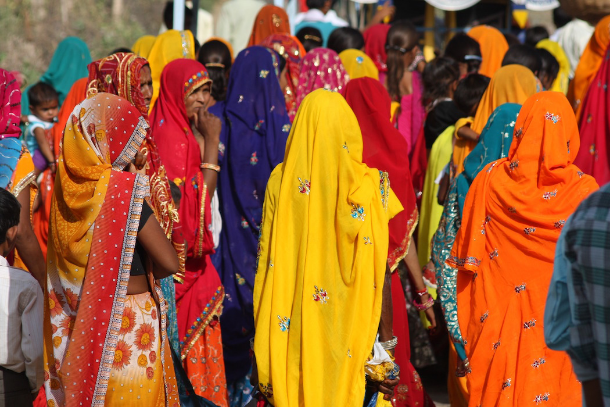 A more moderate form of Islam arrived gradually in Indonesia with Middle East traders who ingratiated themselves with the ruling elites, but most of the archipelago was still animist when the first Dutch traders arrived just 400 years ago.

Even the Wahhabi doctrine is dubious. It never took hold on the religious scene until the 1920s, more than 1,300 years after the passing of the Prophet Muhammad.

Whether this is the first honor killing in Indonesia is doubtful, but they are certainly extremely rare.

Rosmini, described by police as “a good daughter who gave the family no trouble,” had been sick, vomiting and suffering from fainting spells while living in Covid-19 lockdown at home in Bantaeng, South Sulawesi.

Instead of sending Rosmini to a doctor, she was sent to a shaman who failed to cure her ailment. Usman, her 45-year-old cousin, paid a visit and was accused of using black magic to cast a spell on her.

She unwittingly sealed her fate by admitting they were dating. Usman fled with the brothers, both farmers, in hot pursuit.

Unable to catch him, Rahman, 30, and Surianto, 20, then cornered a neighbor and bizarrely tried to bully him into marrying their sister. When he refused, they took the neighbor — and the rest of the family — into a room where Rosmini was brutally killed.

Bantaeng Regency police chief Wawan Sumantri declared it as “a case of honor killing” and added Rosmini had “surrendered herself to her fate.” Pictures of her blood-soaked corpse were posted online.

Her family have since left their home after they were isolated and rejected by locals.

On the broader front, Jakarta must act decisively before radicals and zealots decide this type of slaughter is acceptable and backed by religious doctrine.

Rosmini’s case will be closely watched. Whether she had sexual relations with Usman is not relevant despite atrocious reporting on this subject by the Indonesian media and the NGOs who are implying sex and family honor are tied and could be used as a mitigating factor in court.

Siti Aminah Tardi, a member of the National Commission on Violence against Women, said Rosmini’s death highlighted the need to end gender and honor-based violence.

But she also told BenarNews: “This is an honor or shame killing. This can’t be separated from the patriarchal culture that places women as a source of morality in society. Details of the alleged sexual relations have not been revealed fully. Was the girl dating her cousin or was she sexually assaulted?”

That was an unfortunate choice of words about circumstances that are simply not relevant to the allegations that she was butchered by her two brothers in front of her family. There is no justification.

Jasra Putra of the Indonesian Child Protection Commission was closer to the mark but lenient in demanding life sentences for Rosmini's brothers.

“Violence is certainly different from upholding family honor. We ask that the perpetrators be prosecuted to the full extent of the law and be sentenced to life,” he said.

“There are still many cases of child violence for customary reasons, including in Bantaeng where child marriages are prevalent. The government has not been able to curb such practices.”

Therein lies the next tragedy.