Can the Vatican become more democratic under Pope Francis? 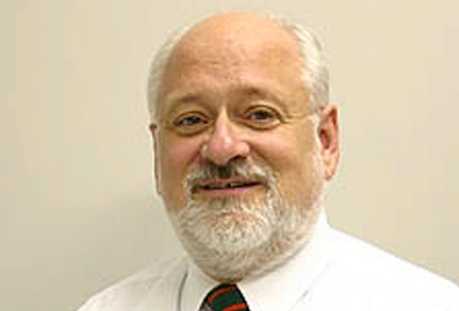 Pope Francis was a popular archbishop of Buenos Aires, noted among other things for the simplicity of his lifestyle and his sympathy for the poor. It remains to be seen how that translates into the papacy.

I am both annoyed and gratified by the adulation he has received for riding buses rather than limousines. It does not speak well of the Church’s leaders when reaching into one’s pocket to pull out a bus fare like the rest of us is considered extraordinary. It does speak well of Francis, though, that he has avoided the sort of behavior we have come to regard as the norm in bishops.

The new pope lived through a terrible period of Argentinian history as people struggled to restore democracy. Perhaps that experience will give him the incentive to restore at least some degree of democracy in the Church.

Critics of the collegiality called for by Vatican II and subverted by Francis’s immediate predecessors often claim that "the Church is not a democracy." They are grammatically correct. The Church is not, in the present tense, a democracy. However, in the past, the Church was, indeed, a democracy. Ecumenical councils voted on dogma. Bishops, including the bishop of Rome, were elected by the people.

One of the more interesting examples of that was the election of Pope St Fabian in 236. He was an out-of-towner who happened to be in Rome while Roman Christians were assembled to elect a new bishop after the martyrdom of Pope Anterus. (In those days, election to the papacy was election to martyrdom).

It happened that a dove landed on Fabian’s head, and when the crowd saw it, they took it to be a sign of divine favor. So they acclaimed him pope, a ministry he exercised for 14 years until his martyrdom. Historical knowledge of his papacy is limited, but there is some evidence that he did a respectable job of it.

Today, of course, neither pigeons nor the People of God in Rome or anywhere else choose the pope. Instead, 115 elderly appointees came together in isolation and elected a "law king" (the Japanese word for "pope") for some 1.2 billion Catholics throughout the world.

Neither do Catholics have any say in the bishops of their dioceses. The democratic system that produced bishops like St Ambrose (who wasn’t even baptized when he was elected) and St Augustine has been replaced by the pope choosing bishops and assigning them to various sees regardless of their connection – or lack of connection – to the local Church.

Even parishes must welcome or endure priests sent to them on the say-so of officials who need not answer to the community or its needs, talents and hopes.

When Cardinal Jean-Louis Tauran came out on the balcony of St. Peter’s Basilica and announced "Habemus papam!" – we have a pope – he meant his "we" to refer to the Church. But, it could as easily be taken to mean "we cardinal electors." The rest of us could justly say "Habent papam" – they have a pope – since we had no involvement in the choice beyond saying our prayers.

Whether Francis becomes our pope in more than name will depend upon what he does in the few years he will have in that role. One thing he should do is to return the Church to its ancient faith in the Holy Spirit working through the voice of the People of God.

It may take a long time to wean the Church from being an absolute monarchy, but a pope who has taken the name of a humble servant of all can begin the process. Perhaps then the announcement of his successor might be "habemus" in the fullest sense of the word.