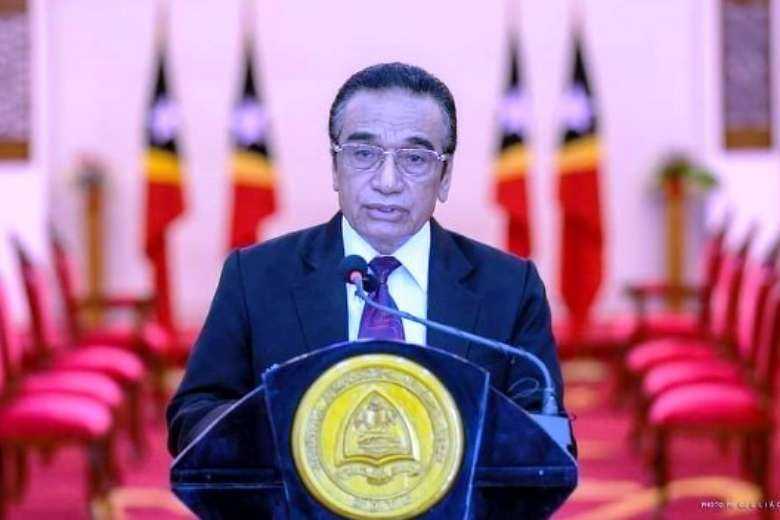 Timor-Leste President Francisco "Lu-Olo" Guterres has officially declared that he will be making a bid to retain power at the elections due in March.

Guterres, chairman of the Revolutionary Front for an Independent East Timor Party (Fretilin), announced his candidacy at the historic St. Mary Church in Ermera municipality on Jan. 16.

Calling it a sacred place, the president said he felt confident of running for the post once again in the interest of its people and was confident of repeating his success of winning in the first round as in the 2017 elections with support from his party and the “farmers, workers, students, intellectuals and academics from all over the municipality.”

The declaration came a day after he decreed that presidential elections will be held on March 19, with a campaign period from March 2-16.

The next head of state will take office on May 20, the date Timor-Leste marks the 20th anniversary of the restoration of independence.

“With respect and pride, I stand here at the secretariat of the Fretilin Commission where he [Nino Konis Santana, revolutionary and architect of East Timorese National Unity] passed away. On that day, I was determined and promised to follow in his footsteps as a political leader in the process of liberating the country and the people,” said Guterres.

“I believe the majority of the public will be with me in the upcoming election.”

He claimed to have overcome the many challenges he faced during his presidency and expressed gratitude to the people for helping maintain stability in the Catholic-majority country.

Several prominent figures, such as Lere Anan Timur, the commander of the Timor-Leste Defense Forces, Berta dos Santos, the current deputy prime minister, Martinho Gusmão, a former priest, Milena Pires, a former ambassador, and Virgílio Guterres, current president of the Press Council, have made known their intent to run for the presidency.

Former president and Nobel Peace Prize winner José Ramos-Horta is also rumored to be running for the post with the reported support of the charismatic Xanana Gusmão and his party, the National Congress of Timorese Reconstruction (CNRT).

The 71-year-old, a central figure in the struggle for independence, is a former prime minister and president of Southeast Asia’s newest nation.

The support of kingmaker Xanana, who is expected to focus his attention on reclaiming power for the CNRT, would be a huge fillip for Ramos-Horta in taking on the incumbent president.