Great Indian trick of making fraud an act of God 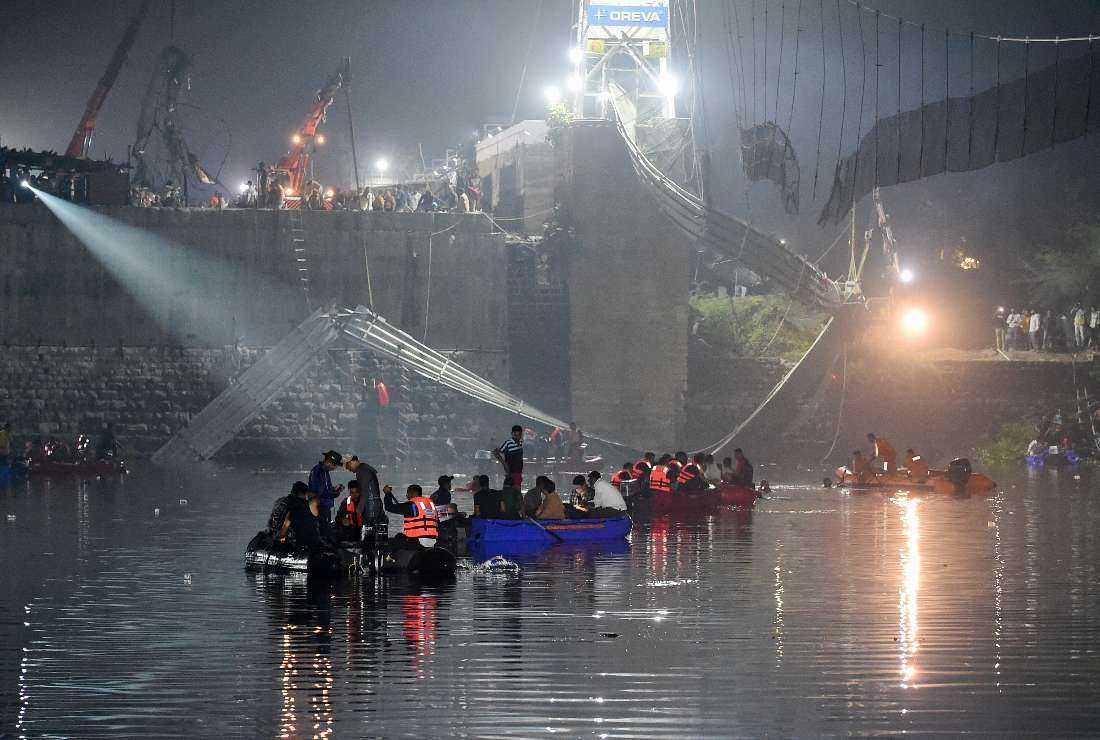 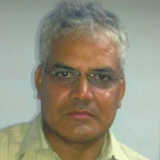 Could the Morbi tragedy in the western state of Gujarat — which claimed 134 lives, mostly children and women enjoying Sunday evening on the recently renovated British-era suspension bridge — have been averted?

Yes. If due process and regulations had been followed. But the authorities would never admit it. Rather they have chosen to deflect the issue by passing the buck on to the company responsible for operation and maintenance under the public-private partnership (PPP) model.

In fact, washing their hands of the tragedy, the authorities act as if they had no idea that the bridge was thrown open to the public by the company without a mandatory fitness certificate issued by them.

In March, Oreva, one of the leading companies of Morbi, managed to get the 15-year contract for the operation and maintenance of the 142-year-old historic bridge which had to be closed as it needed renovation and repair work.

Clearly, there was some serious lapse on the part of the company as well as the monitoring authorities, in this case, Morbi Municipality, which cannot afford to shirk responsibility by saying that the private firm it signed up with did not notify it about the reopening of the bridge.

So, it was not an act of God, but clearly a man-made disaster. As the civic authorities had handed it over to a local firm a few months ago for maintenance and operation for 15 years, this tragedy was waiting to happen.

Firstly, Oreva has no such expertise. It bagged the contract because the owner of the firm happened to be influential and politically connected with the powers that be.

The Oreva group sublet the repair work to another firm. After renovation and repair work, it threw open the bridge on Oct 26, Gujarat’s New Year’s Day, in view of the ongoing post-Deepavali celebration. The festivities continue in Gujarat days after Deepavali.

People started thronging this suspension bridge — built over the Machchhu river — which happens to be 233 meters long and 1.5 meters wide and made with materials shipped from England, as it is a major tourist attraction in the town, more like a picnic spot.

The bridge collapse has spoilt the festive mood in the state as a pall of gloom descended on the town, 200km from Gandhinagar. Just like Surat is known for its diamond and textile industries, Morbi is an equally important town in Gujarat known for its ceramic industry.

A day after the tragedy, following a first information report, the police arrested several low-level employees of the Oreva company — including two clerks, three security guards and two managers. Expectedly, the managing director of the company who had thrown open the bridge to the public without a safety audit has gone into hiding.

With Gujarat Assembly elections just around the corner, the state government has taken the decision to observe state-wide mourning in November for the deceased. The national flag will be flown at half-mast on government buildings in the state and no functions/entertainment programs will be held.

No such mourning was observed in July when more than 40 people died after drinking spurious liquor in Ahmedabad and the adjoining Botad district. Perhaps, that is because authorities do not want to admit the unpleasant truth — that liquor is freely available in the so-called dry state.

"Perhaps, we are getting what we deserve. We have not learned anything"

For poll-bound Gujarat — which happens to be prime minister Narendra Modi’s home state — the Morbi deaths are bound to haunt the ruling party. Already one of Modi’s old videos, hitting out at his opponents when a similar bridge collapse occurred in 2016 in West Bengal, is doing the rounds, in which he is heard saying “it is not an act of God but an act of fraud.”

Now Modi’s statement in the context of another bridge collapse is being interpreted as a confessional statement, an endorsement of his own criticism by opposition leaders.

Especially when the suspension bridge is meant to bear the load of 100 people; it collapsed with more than 500 people in the mid-section of the bridge. Now the question is why were so many people allowed to endanger their lives.

Ahmedabad-based Dr. Pravin Kanabar describes the Morbi bridge tragedy as a “man-made disaster” resulting from gross mismanagement. Perhaps, we are getting what we deserve. We have not learned anything.

So, who is the real culprit? If you ask former Gujarat chief minister Shankersinh Vaghela — who rushed to Morbi from Gandhinagar to meet the survivors in hospitals — he’d say the state government is the murderer and it should be booked for the deaths.

Unlike Vaghela, Rohit Prajapati, a well-known activist and environmental engineer, is discreet in his observation. He says that both the Oreva group and the civic authorities are equally responsible for the deaths of innocent people.

Under the PPP (public-private partnership) model — also known as the Gujarat model — Oreva was given the contract for the maintenance and operation of the bridge that the state government’s official website describes as an “engineering marvel built at the turn of the century.”

Now the question is whether due process was followed in the evaluation and certification aspect of the design, especially when significant modification was carried out. Its load-bearing capacity should have been displayed and the public should have been informed about it. If ticket regulation was followed, how come 500 people were allowed to walk over the bridge when its load-bearing capacity was just 100 people at a time?

The prime minister, who has been campaigning in Gujarat for the last few days, chose not to cancel his engagements and visited Morbi two days after the tragedy on Nov. 1.

The accident came as a grim reminder of the Machchu Dam tragedy on Aug. 11, 1979, which left thousands dead. The devastating flood occurred in the wake of 10 days of persistent rainfall and the earthen dam collapsed. Within 20 minutes, a massive wall of water inundated low-lying areas of Morbi town.