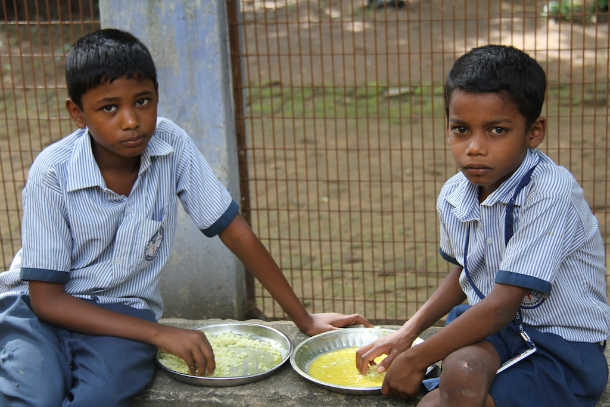 Church leaders have slammed India’s government for allowing grains to rot in warehouses as thousands face hunger during the Covid-19 pandemic.

India Today Television reported on May 30 that it had found tons of wheat damaged after being stored in the open at a government warehouse in Jind district of Haryana state.

Jesuit Father Irudaya Jyothi, who has been part of a Right to Food campaign in West Bengal state, told UCA News that India has enough food grains to feed the country for three years, according to government officials.

“It is just the question of food distribution where the government is lacking,” he said.

“We already have the government-run public distribution system to distribute food grains to the poor, but even this does not work properly due to some corrupt officials. If it worked properly, there may not be any cases of people dying of hunger.”

Father Jyothi, who runs Udayani (awakening) Social Action Forum, said that “when the poor are struggling to get food, the government is planning to make ethanol from wheat grains.”

The priest added that it was happening in other states apart from Haryana.

Stacks of food grains should be properly covered with black polythene waterproof covers and tied with nylon ropes or nets, but that was not the case in Haryana, media reported. Wheat stored in the open had turned black and become unfit for human consumption.

V.M. Singh of the All India Kisan Coordination Committee told media that "there is no doubt about the nexus between Food Corporation of India (FCI) officials and cattle feed people and distillery owners who are buyers of wheat.”

Singh alleged that officials not only sell rotten wheat but even sell good food grains to make money. He suggested that the best way to save grains from rotting in godowns in to distribute them among the needy and poor.

Father Nithya Annan, former secretary of the Catholic Bishops’ Conference of India’s Justice and Peace Commission, said it is the duty of any democratic country to provide food and shelter to its citizens.

“We all saw the video footage on television of a child trying to wake up the mother who died of hunger and dehydration on a train after traveling for four days,” he said.

“What kind of message is the government trying to give? It is very unfortunate that even though we have plenty of food grains, people die of hunger only because the government does not count them as their citizens.

“People have the right to free food and shelter according to the Indian constitution, but people now are afraid to raise their voices when injustice is done by the government, which is not healthy for a democratic country.”

According to the World Bank, the Covid-19 pandemic could push 49 million people, including 12 million Indians, into extreme poverty, which is defined as living on less than US$1.90 a day.