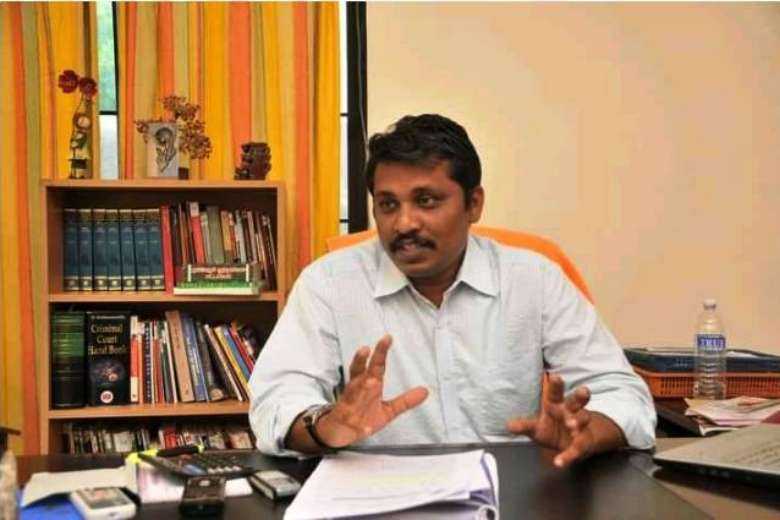 Vincent Raj Arokiasamy, a Catholic rights activist from India, has been awarded the Council of Europe’s Raoul Wallenberg Prize for his outstanding contribution to the cause of Dalits.

The award is instituted in memory of a Swedish diplomat who saved thousands of Jews from the Holocaust. It carries a cash honorarium of 10,000 euros (US$11,320) and was presented to Raj, who is based in Madurai in the southern state of Tamil Nadu, in a ceremony held in a hybrid format from Strasbourg, France, on Jan. 19.

“Vincent Raj Arokiasamy has risked his life to help an exceptionally disadvantaged part of the Indian population whose plight is often ignored by national and international communities,” said Marija Pejcinovic Buric, secretary-general of the Council of Europe.

She further noted that the founder of the Madurai-based organization Evidence had rescued some 25,000 victims in 3,000 incidents of human rights violations, reflecting the spirit and values of the prize “in defending human rights with incredible commitment and resilience.”

Speaking to UCA News, Raj said that “the award is in recognition of the work done by my organization as well as many other people and institutions dedicated to the welfare of the disadvantaged and downtrodden in society. It will certainly boost our morale.”

He said the prestigious award had come at the right time. “It is very difficult to work among Dalit and similarly disadvantaged people at this moment. There is so much pressure and many threats from those who do not want these people to come up in society.”

The prize is awarded every two years in recognition of extraordinary humanitarian achievements by a single individual, a group of individuals or an organization

As a result, Raj and his fellow activists at Evidence have had to live apart from their families to protect them. “Many times we too are attacked and threatened with dire consequences, but we refuse to give up,” Raj said.

Congratulating the prize winner, Tamil Nadu Chief Minister M.K. Stalin lauded Raj’s commitment to the cause of Dalits and extended his wishes and support to continue services to the downtrodden.

Joining him was Congress leader Rahul Gandhi, who congratulated Raj and said human rights in India had to be viewed alongside Dalit rights.

Established in 2012 at the initiative of the Swedish government and the Hungarian parliament, the prize was created by the Council of Europe to keep alive the memory of Wallenberg, who used his diplomatic status to save tens of thousands of Jews during the Holocaust

The prize is awarded every two years in recognition of extraordinary humanitarian achievements by a single individual, a group of individuals or an organization.

The word Dalit means "trampled upon" in Sanskrit and refers to all people who were once considered untouchable and outside the four-tier Hindu caste system in India.