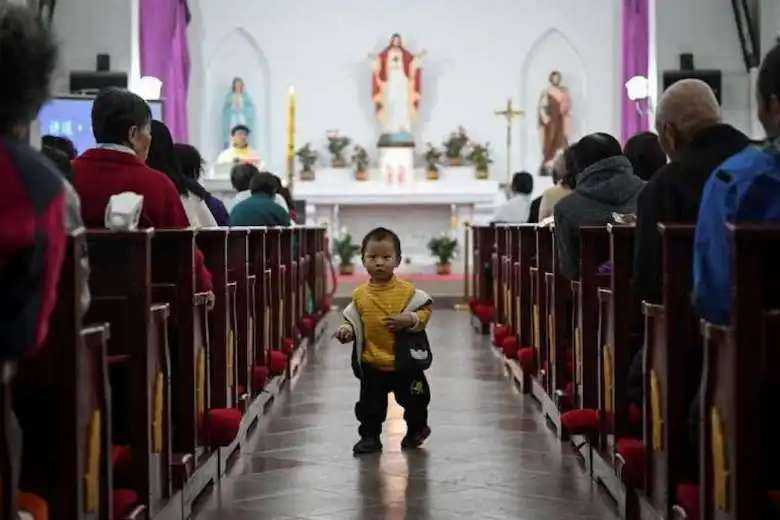 A Chinese boy walks down the aisle during a Mass at a Catholic church in a village near Beijing on Holy Saturday, April 3. (Photo: Jade Gao/AFP)

An online global forum has appealed to Christians around the world to come together internationally for a week-long prayer for the Church and the people of China.

The Global Prayer for China made the appeal in response to a request from Cardinal Charles Bo, president of the Federation of Asian Bishops’ Conferences (FABC), for a  week of prayers across the globe for China starting from May 22.

“We are incensed and aggrieved by the oppression and persecution of China’s Christians and other religious minorities, some of whom are even suffering genocide. We pray for the government of China to govern with respect for universal and immutable human dignity and freedom of conscience and religion,” the group said in a press release.

“Now more than ever, it is vitally important for members of the Church worldwide to unite in prayer for those in China, particularly the vulnerable and those facing persecution,” it stated on its website.

The Global Week of Prayer was initiated in 2021 in response to a call by FABC president Cardinal Charles Bo for prayers for the people and Church in China.

Pope Francis has also called for prayers for China during this time.

“I urge Christians of all traditions everywhere to pray for Hong Kong especially, and the Church in China, as well as the Uyghurs, Tibetans and others facing persecution in China, during that week of prayer,” Cardinal Bo wrote while expressing concerns over the arrest of Cardinal Zen.

The group says in addition to the prayers of the Catholics, it calls upon all concerned people to be informed about the plight experienced by many in China under repressive and unjust laws and policies.

“We call upon legislators and members of international organizations to take up the issue of religious persecution in China, and to work collaboratively to promote human dignity, freedom, and peace in China during this time,” it added.