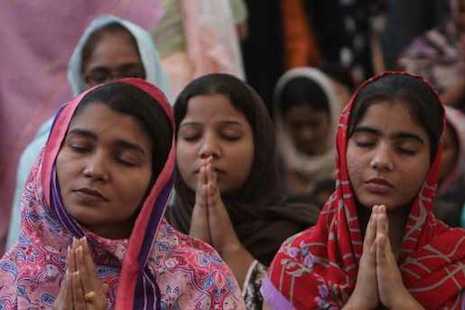 Karachi, Pakistan: Every Sunday, thousands celebrate Mass at St. Peter's, a three-floor, 21,000-square-foot Catholic church that's the biggest in Pakistan. Dressed in their best tunics and loose cotton pants, worshippers sit barefoot in the pew-less building -- a style adapted from nearby mosques -- as they sing hymns to the sounds of drums and a piano. As the sun sets, a light shines in a 24-hour prayer room, something common in Western nations but a rarity here.

The success of St. Peter's, which cost $3.8 million to build -- making it the most expensive in the nation when it opened two years ago -- has been hailed as a sign of progress for Christians and religious minorities. Yet beyond its bold size and growing attendance, the difficulties parishioners face stand out here as much as at any other non-Muslim house of worship in this overwhelmingly Islamic country. Guards are outside to protect worshippers from would-be suicide bombers and attackers. Prayers for recent Christian martyrs are said regularly during services. Priests use nonalcoholic wine or grape juice during Holy Communion, partly because it's cheaper, but also to avoid inflaming Muslims who believe drinking is sinful.

While global leaders have focused efforts in this part of the world on fighting the increasing sway of extremists, activists and human rights observers have noticed a different problem spreading inside Pakistan: the targeting of religious minorities. This month, a Pew Research Center report named Pakistan, which is 96 percent Muslim, one of the most hostile nations for religious minorities. Pew placed the country among the top five overall for restrictions on religion, singling out its anti-blasphemy statutes. Courts frequently use such laws to give death or lifetime-jail sentences to minorities accused of insulting Islam. Often, their crime is as simple as openly professing their own faiths. A study on Pakistan from the United States Commission for International Religious Freedom counted more than 200 attacks among religious groups and 1,800 casualties resulting from religion-related violence between 2012 and mid-2013, one of the highest rates in the world.

The problem isn't limited to Christians. All religious minorities in Pakistan face daily reminders of their plight, including discriminatory laws, forced conversions, and bombs and shootings aimed at minority-sect Muslims, such as Shiites and Ahmadis. According to human rights groups, public school textbooks regularly demonize minorities and emphasize the nation's Islamic roots over contributions from people of other faiths. Labor studies have shown minorities stuck on the lower rung of the economy, often working as servants, sweepers and day laborers. Newspapers occasionally report on businesses that deny non-Muslim customers.

"Things have gone from bad to worse to very much worse," said Robert George, chairman of the U.S. Commission on International Religious Freedom, a bipartisan group that monitors religious rights abuses and advises the president, Congress and State Department on foreign policy.

But despite an overall grim picture, stories of minority empowerment are slowly growing, from sparkling new houses of worship like St. Peter's to burgeoning, organized self-defense efforts among non-Muslims. A host of interfaith activist movements is blossoming, pushing for multi-faith education and less violence, while gaining support from pastors and universities.

A handful of minority leaders are now speaking internationally in the media and through religious and human rights organizations. They hope diplomatic pressure from the U.S. -- a strident political ally and source of aid to the nation -- and global religious leaders can strengthen the climate for minorities here. A more tolerant Pakistan, they say, would translate into another goal for many: less tolerance for terrorists.

Full Story: The Struggle Of Religious Minorities In Pakistan 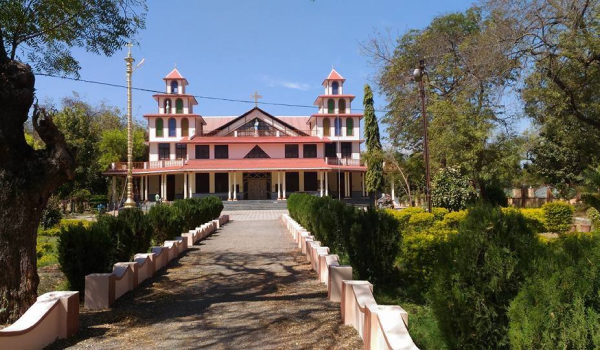