Government, Church need rehabilitation plan to integrate into society those freed by the judiciary 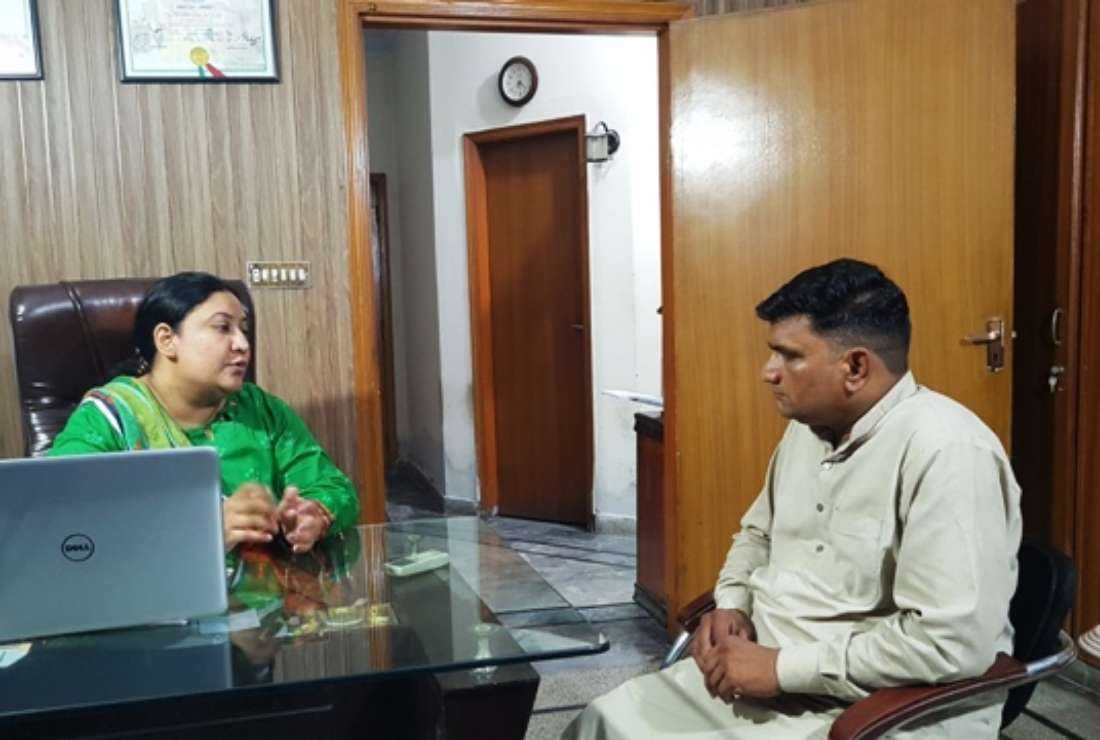 The return of the young son after spending more than four-and-a-half years in a Pakistan jail as a blasphemy suspect has not enthused his Christian family living in hiding for fear of death.

Patras returned home on Sept 2 to an undisclosed location where his family now resides in a ‘safe house’ provided by the Voice Society, a Lahore-based rights organization.

Indrias Masih, his 47-year-old father, had never thought he would have to flee home and live in hiding with his family.

But on Feb 19, 2018, a mob of dozens of enraged protesters stormed Shahdara, their Christian neighborhood on the outskirts of Lahore, accusing Patras and his cousin, Sajid, of committing blasphemy.

They called for the cousins to be produced before them so that they could be lynched, according to media reports.

The family had to flee Shahdara along with around 1,000 Christians in the area amid violence by angry mobs.

Indrias does not move out of the safe house without a face mask. His eldest son, an electrician, works “privately” as he cannot go out and work or run a business. The youngest son passed his Grade 10 exams last week by studying at home.

“It is big news for us after years of waiting. Patras used to cry because the jail is not a good place,” Indrias told UCA News.

The young man complained of being crammed inside a chaki (isolated cell) with six other Christians accused of blasphemy. He is still haunted by memories of having to sleep near the toilet due to the shortage of space, his father said.

But what really worries Indrias is what happens now after his son is released. He complains of a lack of support from Church leaders.

“Our bishops avoid giving us shelter. They say educating people is their top priority. I hope my voice reaches the rulers of the Church and the [Pakistani] government. We are poor and don’t have anything to offer or even save our children,” he said.

A majority of Christian victims of blasphemy and their hapless families in Pakistan may be feeling the same. “All we want is to live in peace,” Indrias said as if echoing the collective sentiment.

Patras, who worked as a sanitary worker, is among the three Christians, accused in separate cases of blasphemy, granted bail by Pakistan’s top court last month.

There is Pastor Raja Waris who was put behind the bars in 2020 for publishing a faith-based post on Facebook that some Muslims claimed hurt their religious sentiments. He was granted bail by the same Supreme Court bench as Patras.

The third Christian to be granted bail is Salamat Mansha Masih, another sanitary worker who spent more than 18 months in jail for allegedly preaching the gospel to young Muslims and insulting Islam.

Eight blasphemy accused have been either acquitted or granted bail this year, according to Catholic Bishop’s National Commission for Justice and Peace (NCJP).

However, rights activists say they have nowhere to go and little hope for the future.

The Voice Society is supporting three more Christian families besides Patras’ living in hiding in two other cities of the Punjab province.

“Funding is a major challenge in resettling those accused in blasphemy cases or their families. Every organization has mechanisms to provide households to such families,” NCJP Deputy Director Kashif Aslam told UCA News.

Aneeqa Maria, the Catholic counsel of Patras and chief executive of the Voice Society, says though out on bail, Patras will have to face trial.

“We shall steer as per circumstances,” she told UCA News.

She felt there must be some political change behind these back-to-back granting of bail.

“The case of Patras was of no evidence and yet we had to struggle for years, especially in opposition of the radical Islamist party Tehreek-e-Labbaik Pakistan. It was very difficult to get bail for blasphemy victims in the government of the former Prime Minister Imran Khan,” Maria said.

Aslam attributes the change in approach to the Supreme Court’s 2014 judgment directing the federal government to create a national council for the rights of minorities and asking provincial governments to set up a task force to promote religious tolerance, protect places of worship and crack down on hate speech, among other measures.

The recent granting of bail in these cases is the result of international pressure, especially from the European Union. The Pakistan government is lobbying hard to be taken off the so-called "gray list" of the Financial Action Task Force (FATF), a terrorism funding watchdog, according to Khalid Shahzad, a Catholic rights worker.

Shahzad though conceded that acquittals or bail meant little for the victims of blasphemy.

“Challenges will remain for vulnerable minorities who cannot return to their homes even after acquittal in blasphemy cases. They’ll spend the rest of their lives in trauma, worrying for their safety and unable to work for a living,” he explained.

Shahzad said the Pakistan government and Church leaders should work on a rehabilitation plan to empower and integrate the blasphemy victims into society.

Blasphemy is both a sensitive and potent issue in Pakistan society. The Lahore-based Center for Social Justice (CSJ) has noted that at least 1949 persons have been accused under the blasphemy laws between 1987 and 2021. A large number of these blasphemy cases are still awaiting justice.

Activists underlined the need for fast-tracking the hearings as the superior and lower judiciaries are already dealing with a huge backlog running into millions of cases.

“Obviously it’s a national image building. FATF and the Universal Periodic Review of Pakistan scheduled in Jan. 2023 may be other factors," he said.

Historically, the Supreme Court has always been lenient to blasphemy victims as compared to the session courts and generally has an impartial way to look at things on merit.

“The recent comments from judges of the Supreme Court of Pakistan have been positive. We hope they inspire the lower courts as well,” Chaudhry added.

At least 84 persons have been killed extra-judicially between 1987 and 2021 after allegations related to blasphemy and apostasy, according to CSJ.

Data gained from CSJ showed that 42 among the lynching victims were Muslims, 23 Christians, 14 Ahmadis, two Hindus, and one Buddhist, while the identity of two could not be ascertained.