Father Francois Ponchaud, 82, contributed much to Cambodian society in the fields of education and social development 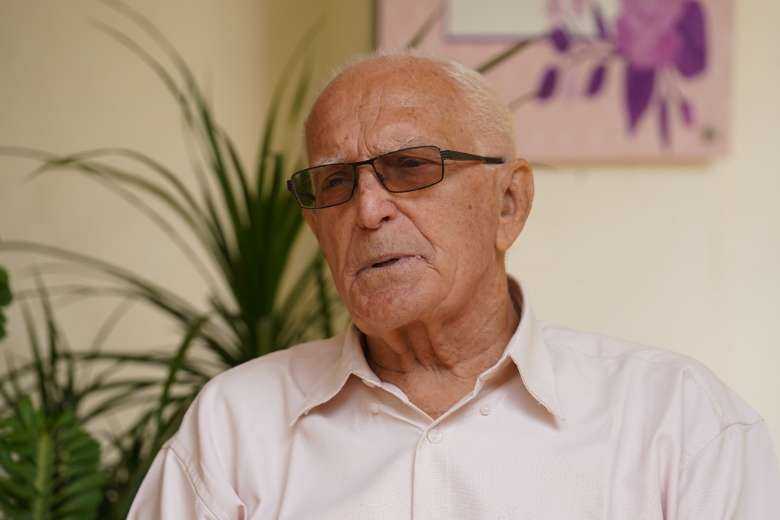 Father Francois Ponchaud says he wants to be laid to rest in Cambodia. (Photo: UCA News)

Father Francois Ponchaud, a well-known priest of the Paris Foreign Missions Society (MEP) who has served the Catholic Church in Cambodia for 56 years, returned to France on Dec. 21 for his retirement.

Born on Feb. 8, 1939, he was ordained in 1964 in his native France and arrived the following year in Cambodia where he served as an MEP priest. Knowing nothing about Cambodia, he started learning Khmer and carrying out pastoral duties among Catholic communities.

"I am​ a servant of God. God uses me. I don't know what will happen next but trust in God," said the 82-year-old priest.

Father Ponchaud has contributed much to Cambodian society in the fields of education and social development.

"I came to Cambodia not to convert people but to help Cambodian people understand the value of their own religion," the priest told UCA News, adding that he was happy when people converted but that was not his goal.

“The main aim is helping people to understand clearly what Buddha taught and what Jesus said in the gospels, helping them to live together and love one another.  Our life is valuable even if we are poor. We can walk together. This is the good news we proclaim in Cambodia today,” he said.

Sovann Chan Bopha, a Catholic from Phsar Toch, said at the end of a farewell Mass at St. Joseph Church on Dec. 19 that under Pol Pot’s regime, even though missionaries could not enter Cambodia, Father Ponchaud and other missionaries never tired of traveling to refugee camps on the Thai-Cambodian border and preaching the gospel to let Cambodians know God is their savior, offering hope and love. He compiled a catechism primer for Cambodians in the refugee camps, where many received baptism.

Father Ponchaud compiled other books to help Cambodian Christians who secretly gathered to pray after many priests and nuns were killed by the Khmer Rouge. He also wrote a history of the Church in Cambodia.

He returned to Cambodia in 1993 and established the Cambodian Catholic Cultural Center (CCCC) to teach young missionary priests and volunteers the Khmer language and Khmer culture to better serve the people.

“When I arrived in Cambodia in 1998, three missionaries were waiting for me at the airport. One was Father Ponchaud and he took me directly to the CCCC. I started my Khmer language course at CCCC with a Cambodian teacher and learned Khmer religious terms with Father Ponchaud,” recalled Bishop Olivier Schmitthaeusler of Phnom Penh.

"We thank Father Ponchaud, who worked very hard to translate the bible into Khmer with the Cambodian Bible Society. We are also grateful to Father Ponchaud and his team for preparing so many books for catechism. I also asked him to translate documents of the Vatican Council II and now we have a full Khmer version. Thank you so much, Father.

“Father Ponchaud helped me to have clear questions: How to talk about the mystery of God in Khmer culture? How to talk about Jesus to Cambodian people? How do we experience God’s love for us? Even if not everyone converted to Catholicism, they understood that life is valuable. God the Father always gives us hope."

Bean Chanthy, 26, said she had learned a lot from Father Ponchaud. “He always taught us to share with others. He helped us without condition. Without him, I may not have had a higher education. He helped me to understand the value of life, the value of religion. He inspired me to became a Catholic and I was baptized in 2011.”

At Phnom Penh International Airport, Father Ponchaud seemed reluctant to leave. He said he will come back to the land where he has inspired so many. "I want to be laid to rest in Cambodia," said the veteran priest.

BILLY CORR
Please read all you can by, and about, this quite astonishing man, a man whose whole life was spent in service to others.
Reply