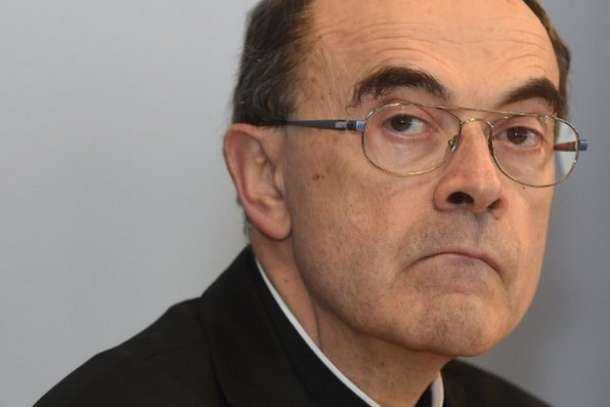 A French cardinal who resigned as archbishop of Lyon after being acquitted of failing to report clerical sex abuse said the royalties from his new book would go to abuse victims.

Cardinal Philippe Barbarin told France's RTL radio that the Archdiocese of Lyon would distribute the money.

"I'm not benefiting personally and I'm happy to do anything which helps the victims," he said in early October.

His book, "En mon âme et conscience" ("In my Spirit and Conscience"), details events that led to his March resignation, six weeks after his suspended sentence was overturned on appeal. The French-language book was published Oct. 1.

He said he had been living a "discreet life" since July 1 as a convent chaplain for the Little Sisters of the Poor at Saint-Pern in Brittany. He also teaches at the Rennes archdiocesan seminary.

"I was not guilty of what I was accused, but this doesn't mean I didn't make mistakes," Cardinal Barbarin told the radio.

"My Lyon Archdiocese is already doing a lot to compensate the victims, in line with instructions from the pope. If it uses the money from my book for this, it will be very good," he said.

RTL said the archdiocese confirmed it would use the money for the victims.

The cardinal received a suspended prison sentence in March 2019 for failing to report accusations against Father Bernard Preynat. The former priest, now defrocked, was jailed for multiple assaults on boys between 1971 and 1991. At the time of the abuse, Cardinal Barbarin was not the head of the Archdiocese of Lyon, but he left Preynat in his position in the parish until 2015.

In the 300-page book, Cardinal Barbarin insists he never sought to "conceal facts about pedophilia or hamper the work of justice."

However, he admits errors of judgment, and said his name "became a symbol of pedophilia" and was "trampled in the gutter," leaving him "spiritually wrecked." He says he still faces personal attacks while travelling on public transport.

"I understand people cannot bear the thought of priest-pedophiles holding the body of Christ in their hands after what they've done," the cardinal writes.

"If I'm still having to take it in the face, and if some people, despite my acquittal, continue to mix things up and refuse to recognize the facts, this is not a big deal. It happened to Jesus and many disciples after him."

In his RTL interview, Cardinal Barbarin said he was fully aware of the "incredible damage" done by abusive clergy.

"In all the tumult, things were turned against me, since it was symbolically necessary to find someone to bear the guilt," the cardinal said.

"This was an enormous scandal, a profound betrayal affecting children, families, the church, everything. Someone had to pay, and it was legitimate that I was discharged from my functions because of it."

The French bishops' conference set up an independent commission to examine abuse in the Catholic Church, which is gathering accounts and testimonies until Oct. 31 and will publish a report in autumn 2021.