A video on social media showed black-clad, far-left demonstrators assaulting and kicking participants in a procession 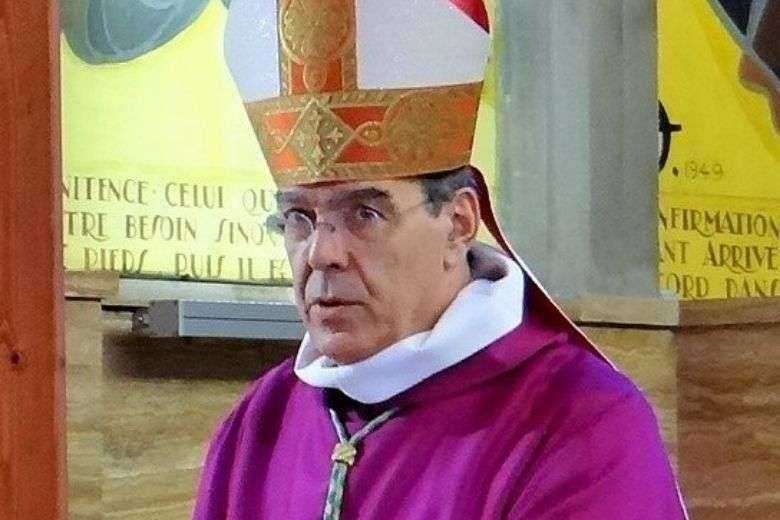 The archbishop of Paris has lamented an attack on French Catholics during a commemorative event to honor 19th-century martyrs of the Paris Commune.

Speaking at a Mass marking the 150th anniversary of the Catholic martyrs of the Paris Commune at the Church of Notre-Dame-des-Otages, Archbishop Michel Aupetit praised participants who remained calm in the midst of violence.

He said that “according to the reports we have read, [the participants] have never shown anger in the face of anger, hatred in the face of hatred, but on the contrary, a peaceful and forgiving heart.”

The March of the Martyrs was attacked by several individuals who also insulted the pilgrims. Police had to use tear gas to quell the violence.

Archbishop Aupetit condemnd the “anger, contempt and violence” directed at the procession of more than 300 Catholics, including children and elderly people.

The procession started from the square de la Roquette to end at the Notre-Dame-des-Otages church, built in honor of hostages killed on May 26, 1871, and located in the 20th arrondissement in Paris.

“We are troubled that what we preach — a God of love — can arouse so much hatred, so much anger,” Archbishop Aupetit said.

“Last night, here, there was a demonstration of anger, contempt and violence.”

“Yesterday, in Paris, Catholics were attacked by violent individuals on the sidelines of a procession. Freedom of worship must be exercised in complete serenity in our country,” he tweeted May 30.

According to eyewitnesses, the procession was attacked on Boulevard Ménilmontant by individuals who threw projectiles and waste at them.

“Break up” and “Down with the Versaillais,” they shouted before they sang the anti-fascist slogan Siamo tutti antifascisti!

According to writer-journalist Jean-Pierre Denis, the procession was “attacked by some excited from the extreme left who play it little Blanqui.”

A video on social media showed black-clad, far-left demonstrators assaulting and kicking the participants in the procession.

Two elderly persons were knocked to the ground, while another person sustained head injuries.

The Paris Commune was a short-lived insurrection against the French government. Its left-wing, anti-clerical leaders seized control of the French capital from March 18 to May 28, 1871.

Later, the French army crushed the revolt, but the protesters executed their hostages, including Paris Archbishop Georges Darboy.

“It is purely gratuitous violence. It is sad to see, 150 years after the Commune, that some people exploit a simple peaceful commemoration, especially since this procession had no protest dimension,” Dalle said.