Project is aimed at inspiring Catholics into becoming 'defenders of creation' The Order of Friars Minor, popularly known as the Franciscans, unveil the Laudato si' icon as it starts its Asian tour in Manila on Oct. 4. (Photo by Mark Saludes)

An icon symbolizing Laudato si', Pope Francis' encyclical on the environment, is making a tour of Asia, especially in Franciscan congregation communities, starting in the Philippines.

The Order of Friars Minor unveiled the icon, which bears the images of St. Francis and St. Clare of Assisi, during the feast of the order's founder on Oct. 4.

"The icon is here to remind us of our commitment to the promotion of Pope Francis’ encyclical," said Franciscan friar Angelito Cortez, who brought the icon from Rome.In 2017, the pilgrimage icon visited 18 countries in Latin America where it attracted about 60,000 people.Father Cortez said he hopes the icon will serve as an inspiration to Catholics to commit to the protection of the environment. "The icon is an invitation to every human being to become a defender of all creation," said the priest.

Get it Now
Columban priest John Leydon of the Global Catholic Climate Movement said the battle against the impact of the climate crisis is real. "We need to amplify the message of Laudato si’," he said.Franciscan Father Dexter Toledo of the Ecological Justice Interfaith Movement said the commitment to protect all creation does not end in with the culmination of the Season of Creation. "We need to stand together and stand strong to fight for the future of generations to come," said Father Toledo.The Association of Major Religious Superiors in the Philippines marked the end of the Season of Creation last week with the launch of an initiative to save a dying river in Manila.At least six villages under the ecclesiastical jurisdiction of the Franciscan Order have declared the San Francisco River "as a legal entity enjoying the same rights as a human being."Father Cortez, who is the executive secretary of the association, expressed hope that the effort will start a wider initiative to restore Metro Manila’s water systems.
Related News 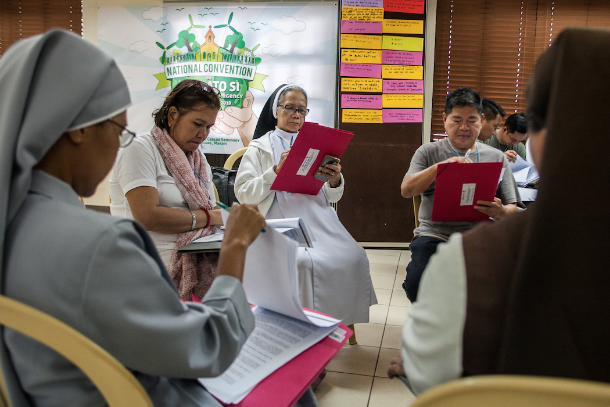