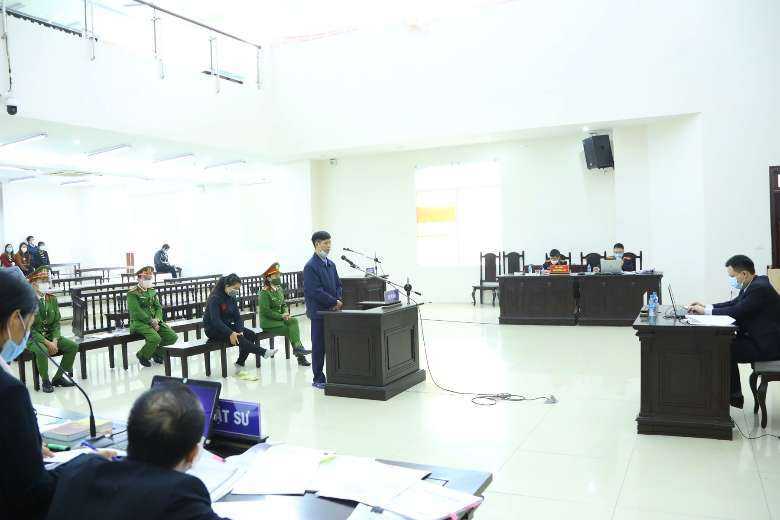 Vietnamese activist Trinh Ba Phuong in a courtroom during his trial in Hanoi on Dec. 15 as he was ordered to be jailed alongside activist Nguyen Thi Tam over posting on Facebook about a 2020 land dispute clash that left four people dead. (Photo: AFP)

A Vietnamese court sentenced an activist to 10 years in prison for spreading information against the state on social media, lawyers said Thursday, the fourth dissident jailed by the communist regime in three days.

Do Nam Trung, 40, is well known for taking part in environmental and anti-China protests and opposing government corruption.

He previously spent 14 months in prison after publicly advocating for democracy and human rights in the early 2010s.

At a half-day trial in northern Nam Dinh province on Thursday, Trung was sentenced to 10 years imprisonment for "making, storing, distributing or propagating information and documents aimed at opposing the Socialist Republic of Vietnam".

During his trial, Trung "consistently rejected the prosecution's view that he was guilty and refused to comment on the alleged acts," according to a Facebook post by Dang Dinh Manh, one of Trung’s lawyers.

Another lawyer who defended Trung, Ha Huy Son, told AFP that the activist would appeal.

Trung's verdict comes after activists Trinh Ba Phuong and Nguyen Thi Tam were sentenced on Wednesday to 10 years and six years in jail respectively on the same charge.

They were arrested and charged after posting on Facebook about a clash over a land dispute that left four people dead on the outskirts of Vietnam's capital last year.

On Tuesday, one of Vietnam’s most prominent dissident journalists Pham Doan Trang was sentenced to nine years behind bars on anti-state charges.

"Global pressure on the Vietnamese government is needed to repeal this abusive criminal law that blatantly violates the right to free expression," Robertson said in a statement.